Season of Mists and Fallow Deerfulness 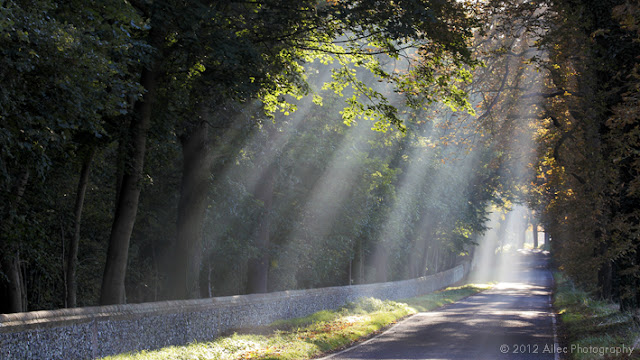 For the last few mornings I have been picking my way through the almost pitch black woodland tracks, on the way to 'my spot' to watch (and hopefully photograph) the local Fallow Deer herd.
It is always dark at 6am.
By contrast, the time, light-levels and weather conditions can vary considerably on the return from my watch sessions.


This morning, the welcome shafts of sunlight were given away by a misty litmus as they cut through the Autumn-tinted chestnut avenue. 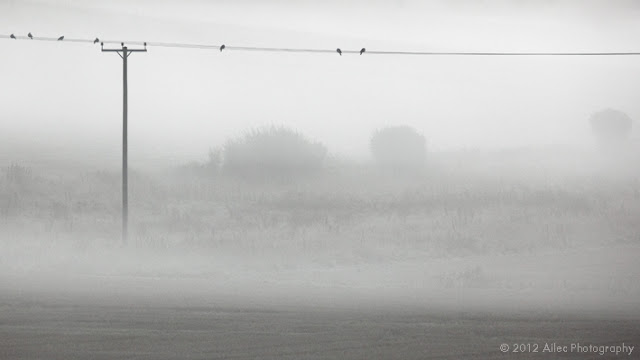 Yesterday, the dawn drop in air temperature caused pockets of mist to form in field hollows where the sun was yet to reach.

The day before... I was just glad to be on my way home after a damp and fruitless watch.

What I have noticed though is that we have had the first frosts of Autumn.
I was sitting out there as they formed at dawn!
At this stage, they are only in the frost pockets, but it won't be long before my tender plants will be making their way in to a sheltered place, to avoid the all encompassing kiss-of-death frost.

Meanwhile, back at the woods this morning, I had a track-side seat as a group of mums and juveniles sprinted along the field edge just a few metres in front of me. (You will just have to imagine as it was too dark for pictures) A little while later, they all came bounding back (still too dark for pictures) with all their little hooves combined, making less noise than one horse would. They jumped, flicked and skipped their way to the far side of the field where they finally stopped to rest.

The light levels were rising and I could clearly see when, in unison, they lifted their heads and looked my way. Surely from the distance of around 300 metres, they didn't hear my growling stomach?! Had they picked up on the possible entrance of The Big Man? 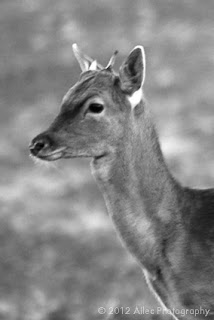 No, it was a juvenile buck, left behind on the return sprint, who had finally decided to catch up with the rest, and that was passing in front of me. He was very clearly a young male, as well as sporting the first baby horns - equivalent to the chin 'fluff' of a pubescent teenager. (Next year a more impressive set of 'first-finger' antlers will form, just as the young man would develop his first whispy beard.)

It wasn't long before he joined the rest of his family group, and started on a spot of play fighting with another young buck. Equivalent then, to the first attempts at shaving and all part of the growing up process.

The family group settled down at the woodland edge to ruminate in the narrow band of sunshine that was creeping along the treeline. How I wished for a drop of that sunshine myself as I sat wating on the cold side of the field. The extended watch today was all in the hope that the patriarch would come to join his family group.

Sadly it wasn't to be, but how lovely it was to watch this family interaction.

15.10.12
After the Muntjac recording last week, this morning the Fallow does and/or juveniles were calling but no sign of the buck. (Apologies for the not so great recording)