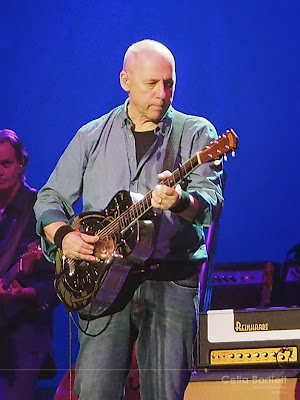 Every couple of years I look forward to going along to a concert by, who in my opinion, is one of the musical greats. Ex-Dire Straits front-man, Mark Knopfler is on tour again, and just for a change this year, we opted to see him at the 3 Arena in Dublin. There are those who, with just the mention of his name give a snigger and say 'I don't like Dire Straits'. Well, everyone is entitled to their opinion of course, but to those I say, move on, take a listen to his music today. Whilst he still plays some of the greats from the DS days, he proves his status as a multi-talented musician with his latest music - a fantastic mix of rock blended with very traditional beautiful instrumental sounds and melodies, all expertly woven together with the life-observational lyrics of his songs.

Fiddles and flutes, uilleann pipes and double bass, keyboards and guitars, all have a place on the Mark Knopfler stage. This man knows his music, and has written for films and other iconic singers, including Tina Turner.

There are many guitars putting in an appearance over the course of the night including one which has become the most recognised of all, the Resonator style O, (shown above) and as seen on the Brothers in Arms album cover, released 30 years ago, almost to the day on 13th May 1985.

This is a man with his musicians, who together,  put on a performance that oozes passion for music. No need for a warm-up support act, they just come on stage and play and play, and for over two and a half hours non-stop. Fabulous! 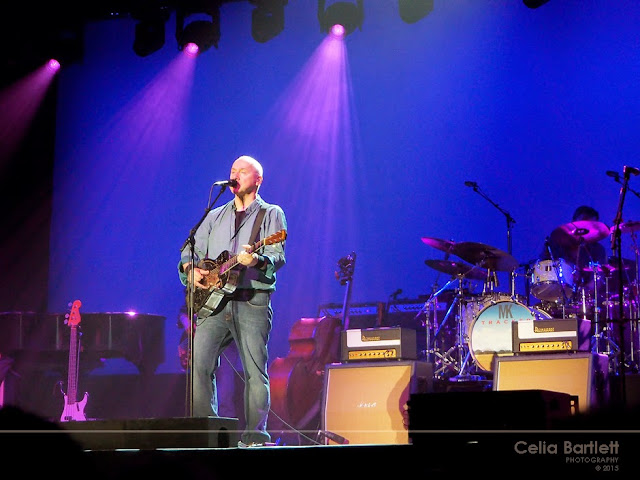 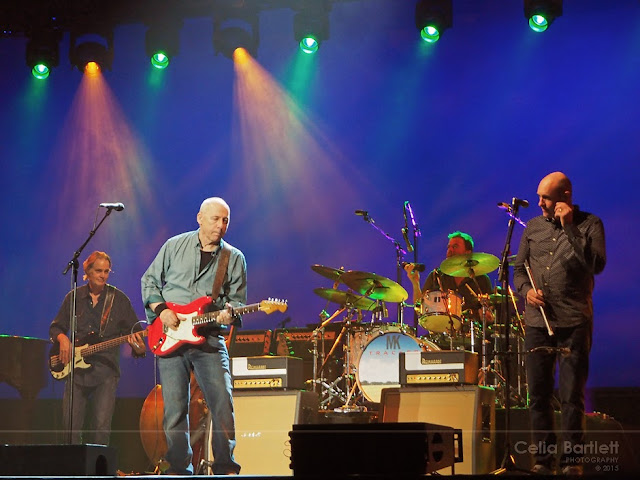 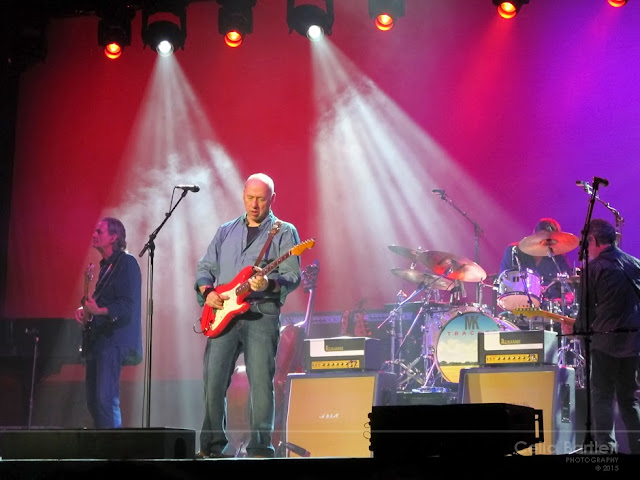 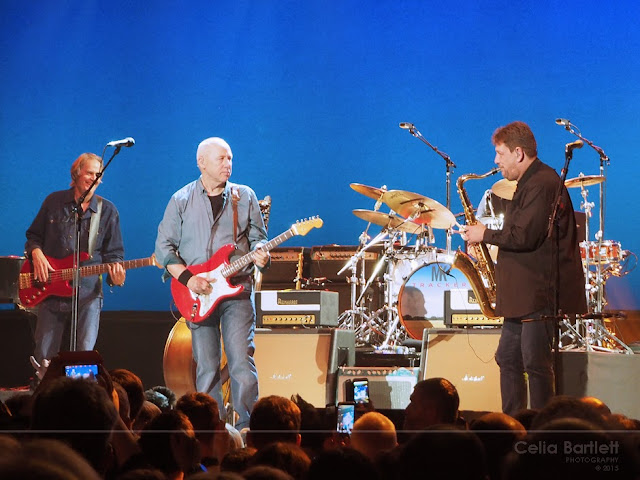 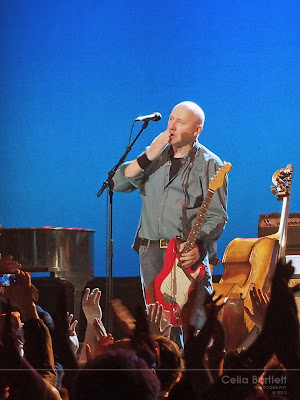 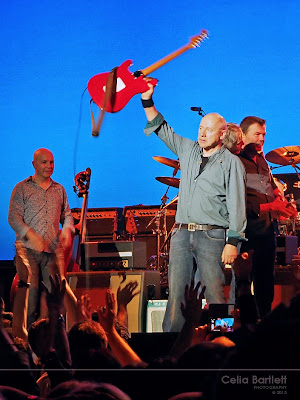 This time, as my 'off-duty' camera, I was putting an Olympus OM-D E-M10 + 14-42mm kit lens through its paces, apart from the shot below which was on my old-going-into-retirement G12. 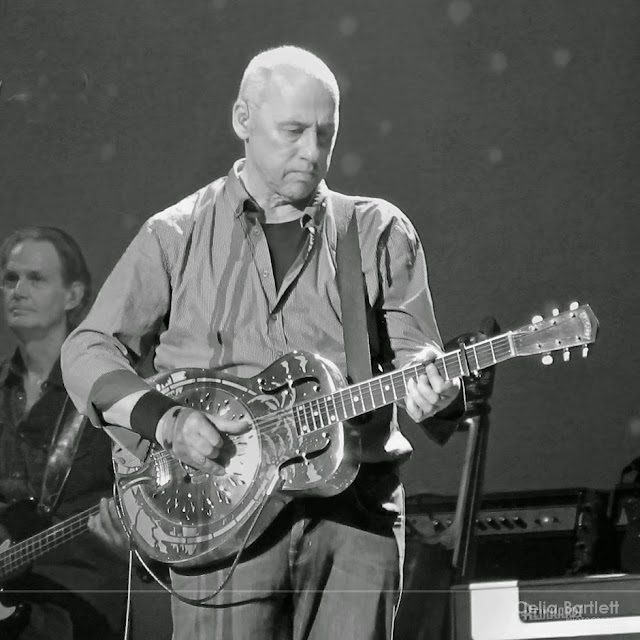 National Style O Resonator Guitars were made between 1930 and 1941. Nickel plated onto a brass base, Hawaiian-style scenes were sand blasted onto the polished body. It is understood that Marks particular guitar dates from 1937.
Posted by Celia at 16.5.15