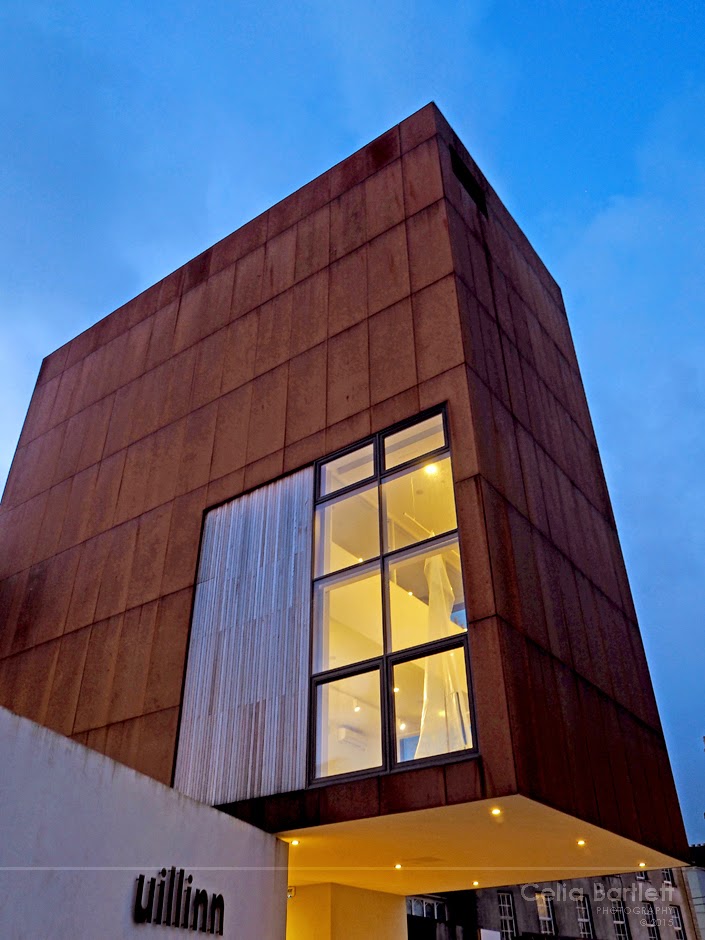 Saturday 31st January 2015 was the landmark opening day for the West Cork Arts Centre in Skibbereen. For many who, like me, have been watching the construction progress of this what can only be described as, a highly unusual building, it was the first opportunity to finally get a glimpse inside the galleries and workspaces. 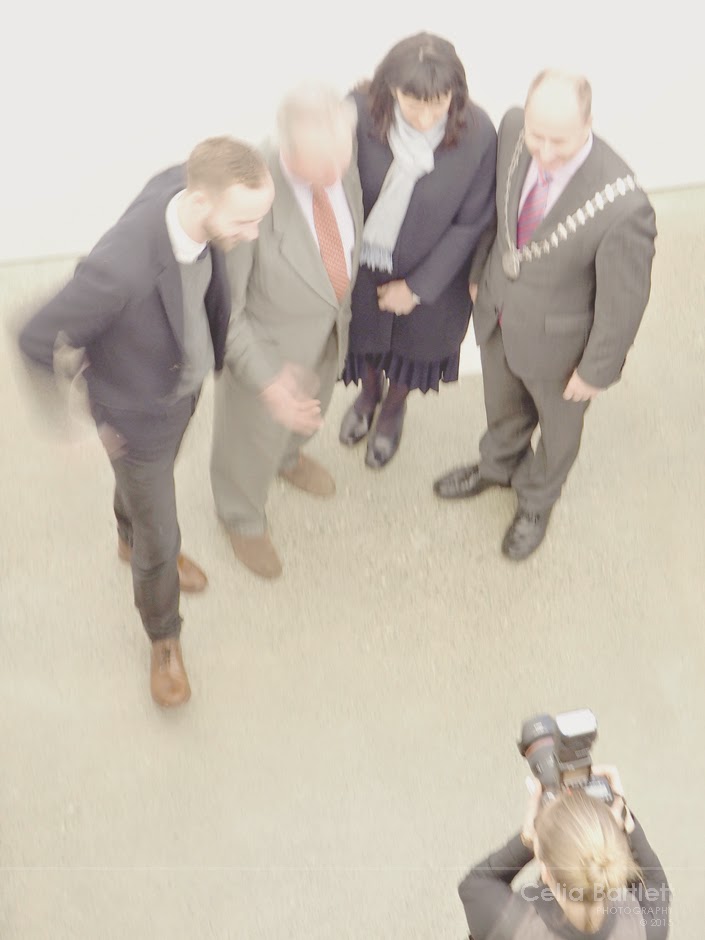 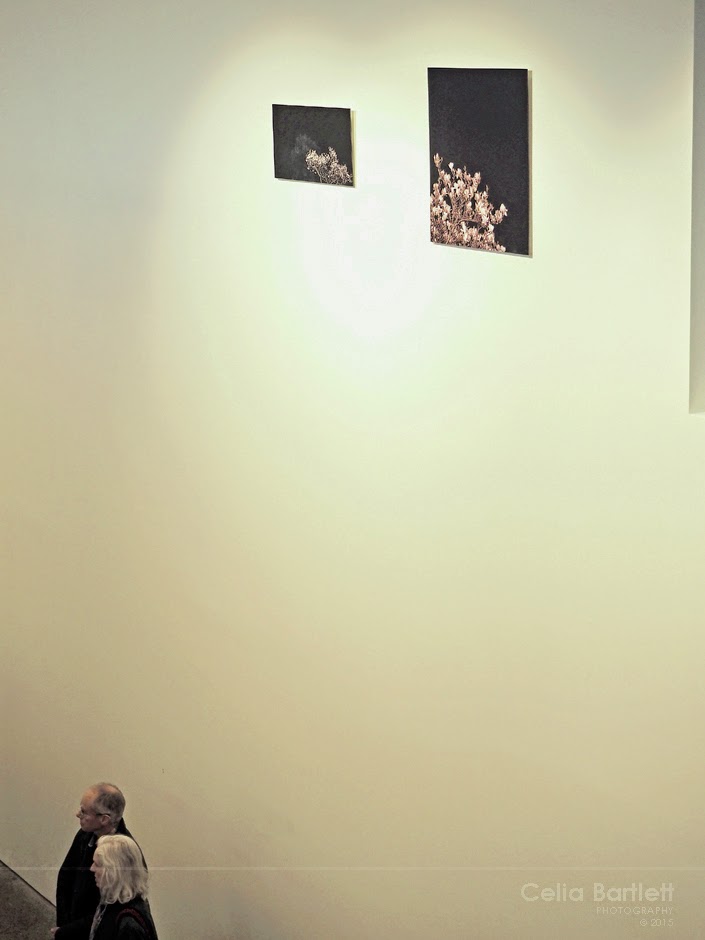 By the time I arrived, the 'official business' had been completed and with the wine readily flowing, visitors were able to wander through the clean open spaces... 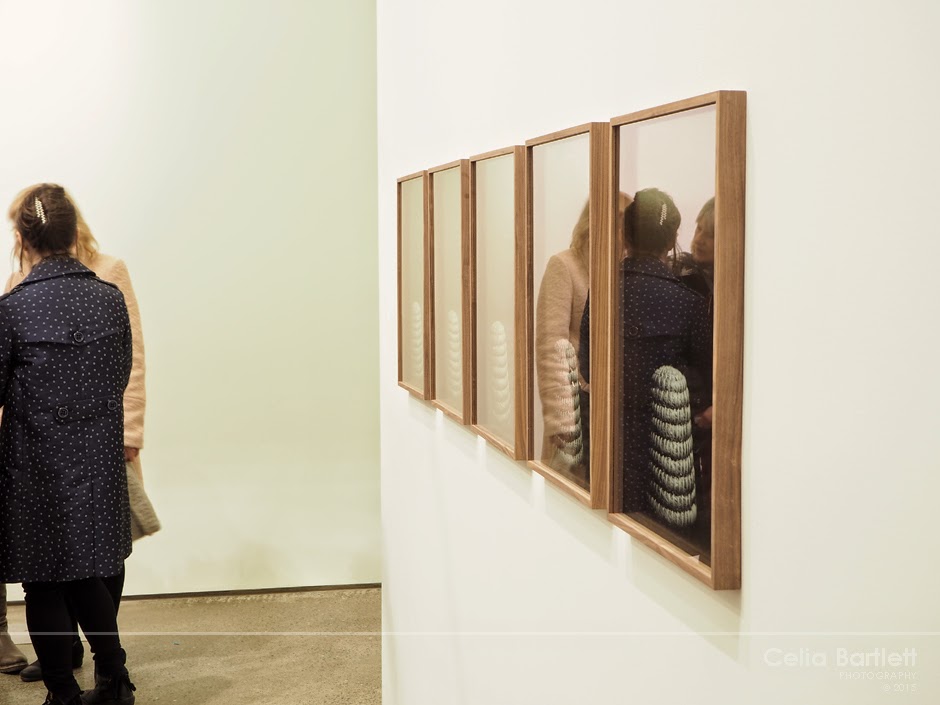 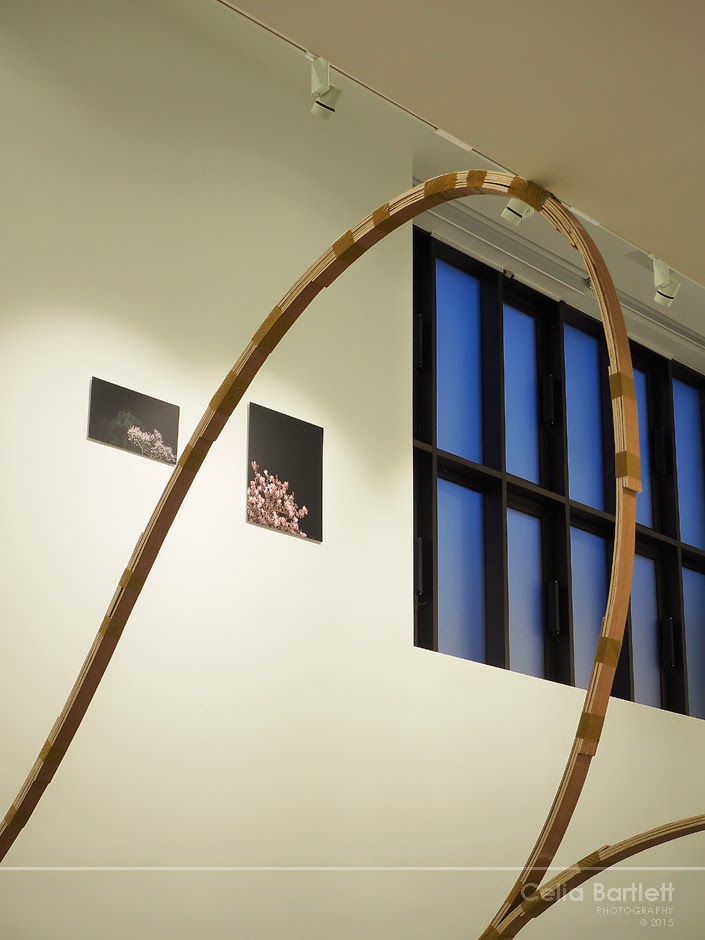 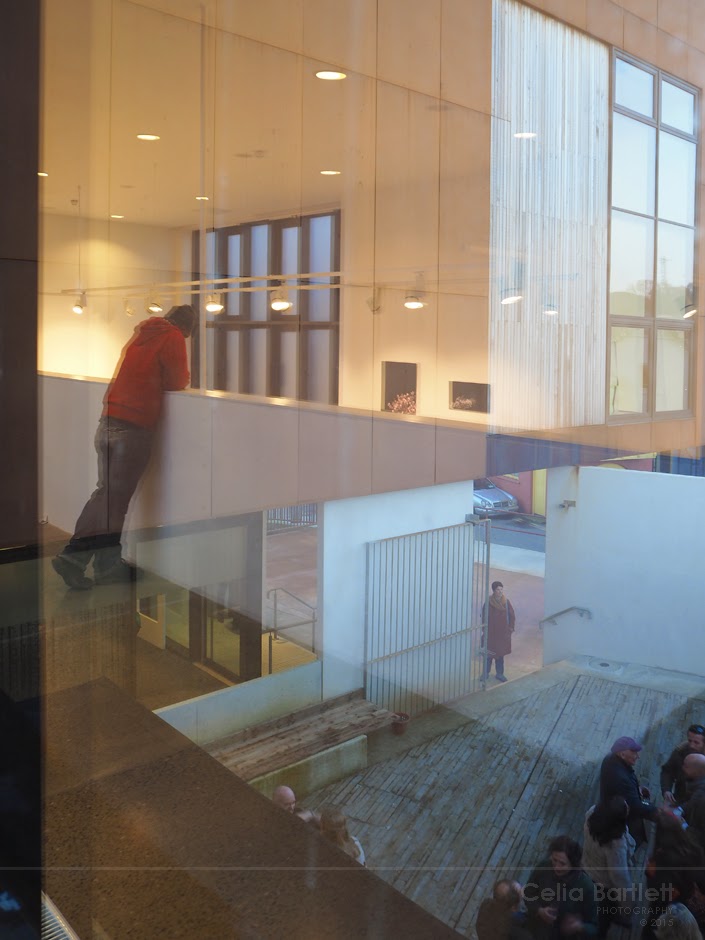 ...reflect and enjoy the space. 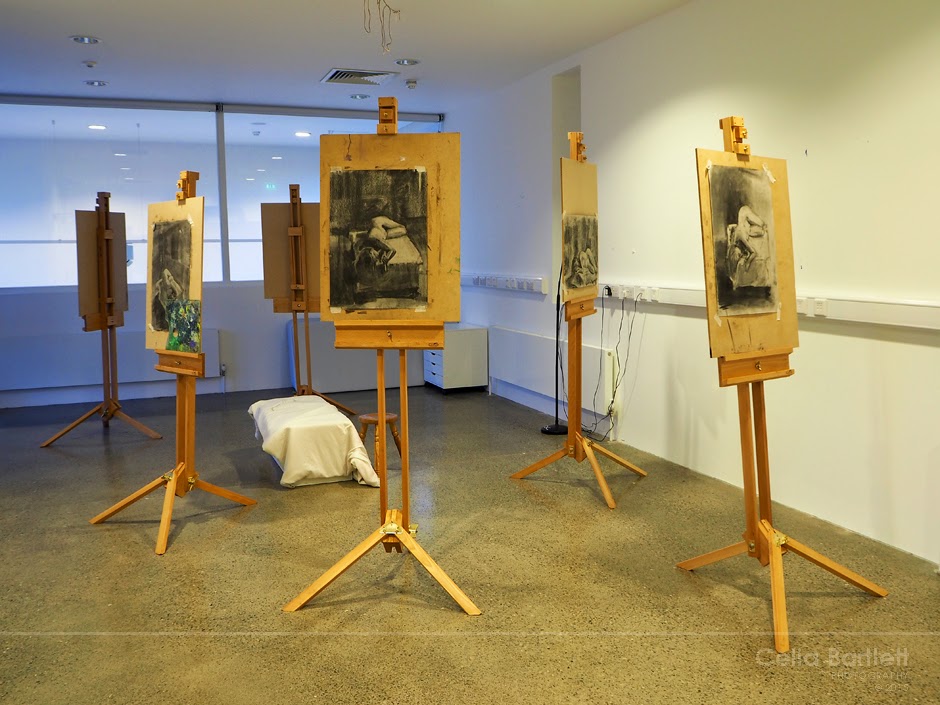 Within this unconventional building, there will be all the familiar aspects of the arts, and whole sectors of the community will become involved. 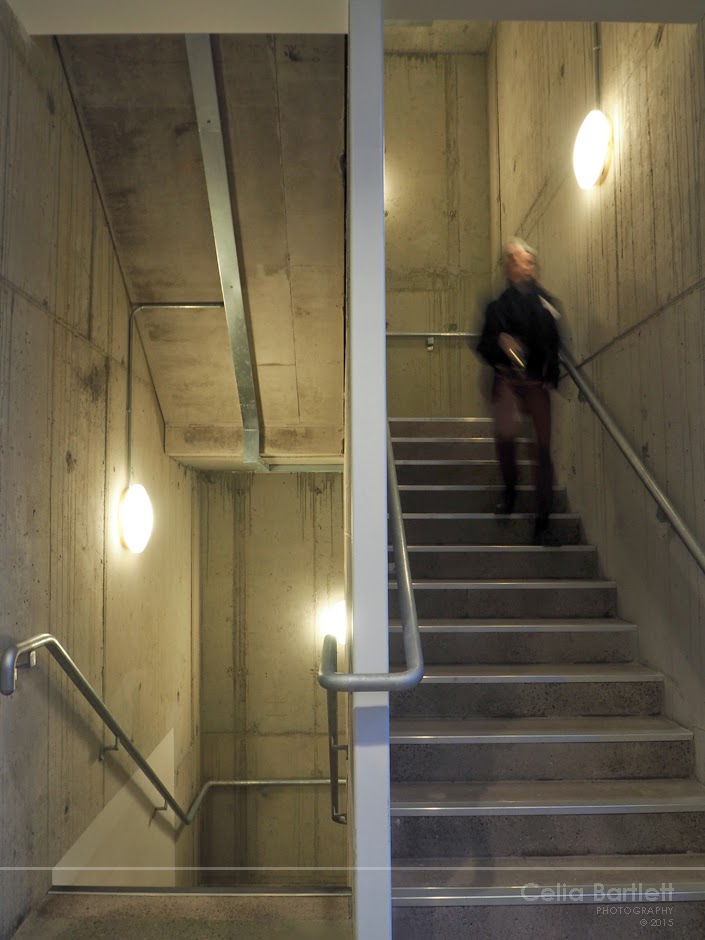 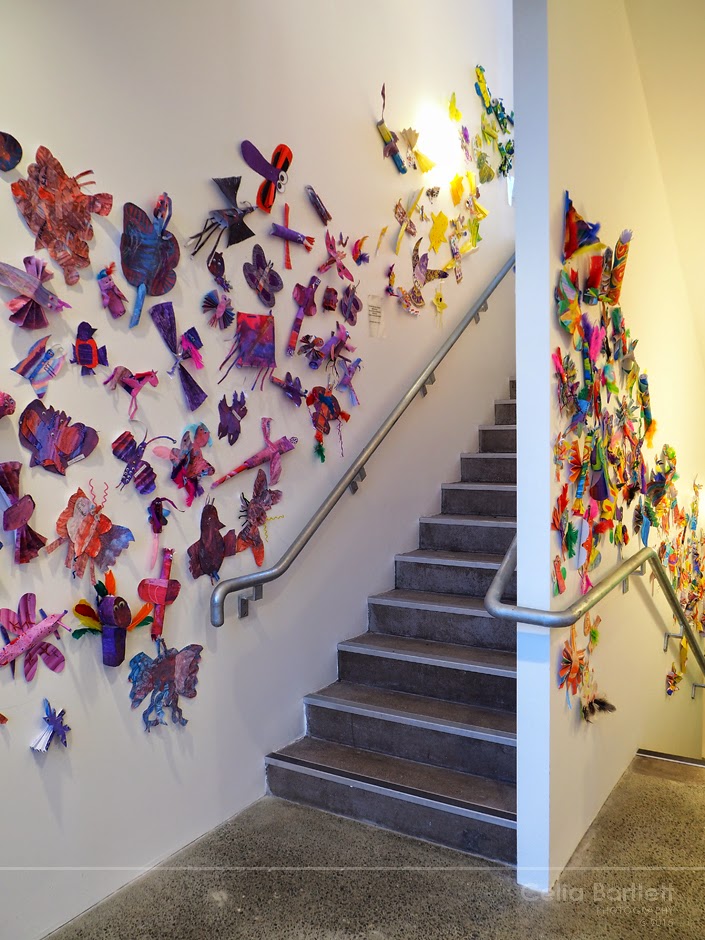 It was interesting to contrast the colourful work from local school children, displayed on the clean white stairwell at one end of the building, with the unfinished industrial look of the bare concrete and electrical conduit of the main stairwell.
I guess it will ultimately be easy to maintain. 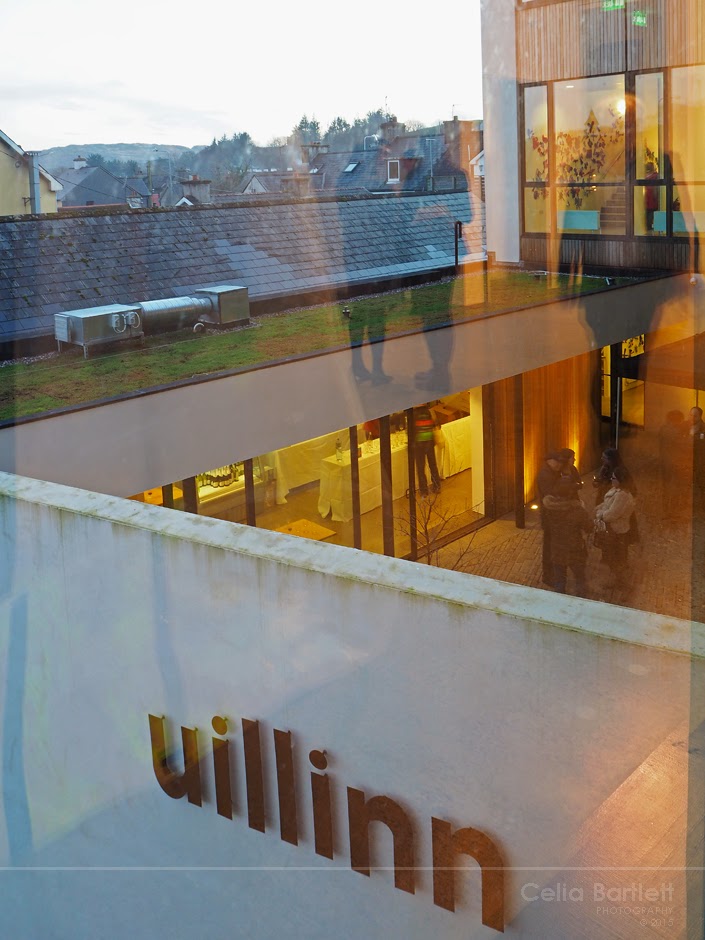 None the less, the new space that has been created in Uillinn will be an asset to the people of West Cork.

The name? My little knowledge of Gaelic has found it is something to do with elbows or angles but I stand to be enlightened on the meaning or significance of it. 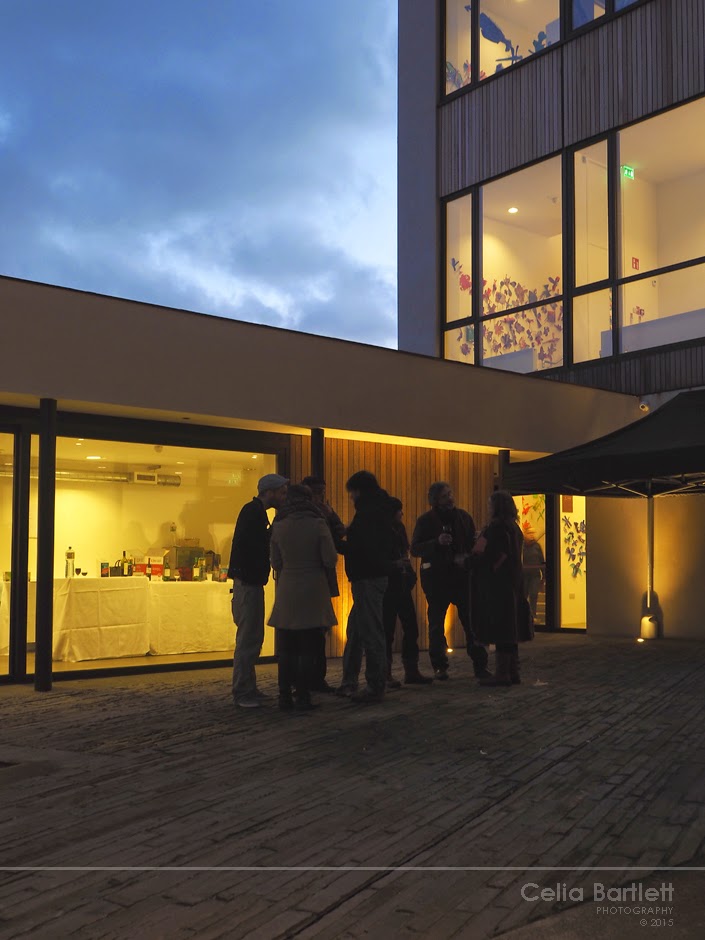 As for the rusty water tower look - the jury is still out on that one, and may be for some considerable time yet.