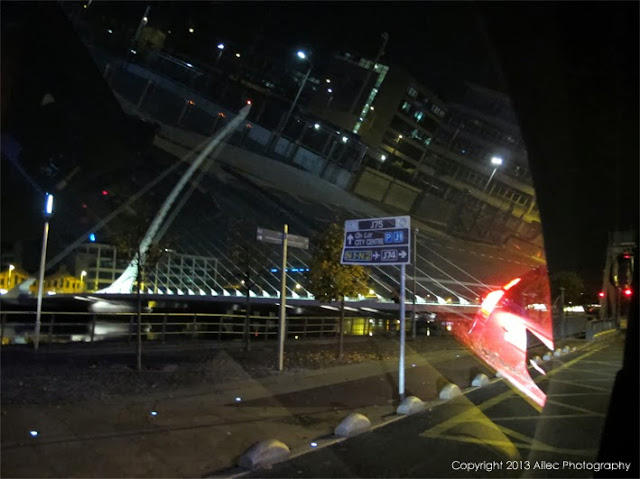 When I knew we were to be sailing into Dublin on the same day as the replay of the All Ireland hurling final between Cork and Clare, it was all systems go to try to secure a pair of tickets for the match at Croke Park. Hens teeth springs to mind and needless to say, I couldn't lay my hands on any, sadly. Over the years, we have become captivated by this sport - forget the multi-million pound world of soccer, this fast moving, exciting GAA sport played by amateur status teams is a far superior spectator sport, in my opinion.
And so it was, we resorted to our second option in order to watch the match, which meant leaving Dublin behind and driving straight on down to the 'Rebel County' of Cork, our final destination anyway. Meanwhile, we passed through middle of Dublin in the pre-dawn hours, the easiest time to negotiate the otherwise busy Liffey-side roads. 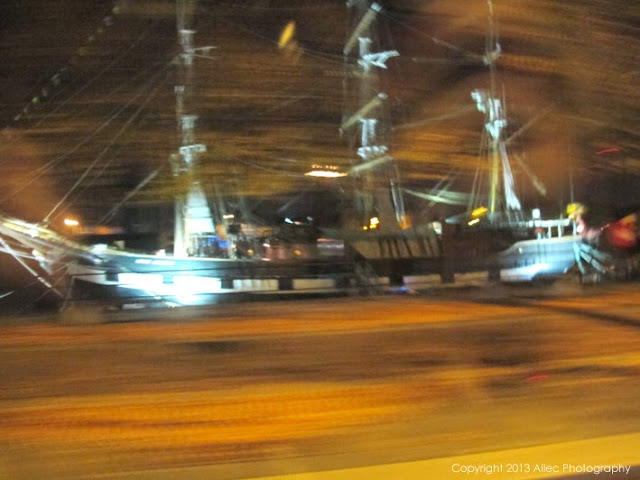 So deserted were the roads I gave this normal fixture a second look - was that the Marie Celeste?!!! 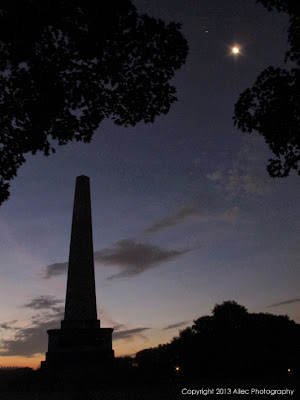 Following the crossing of the Irish Sea, a dawn leg-stretch in Phoenix Park for mutt. We didn't see any of the deer but I'm sure they saw us! 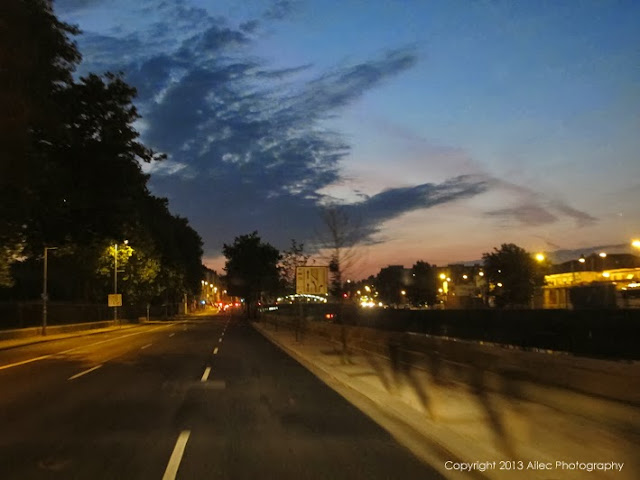 Onward through the still deserted streets... 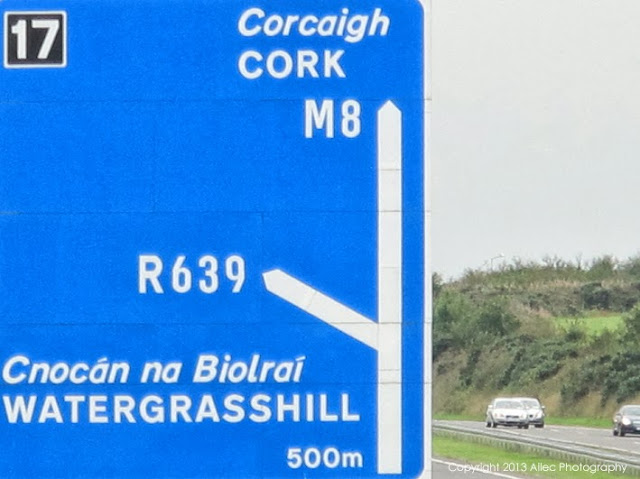 ...and eventually onto M8 southbound, towards Cork... 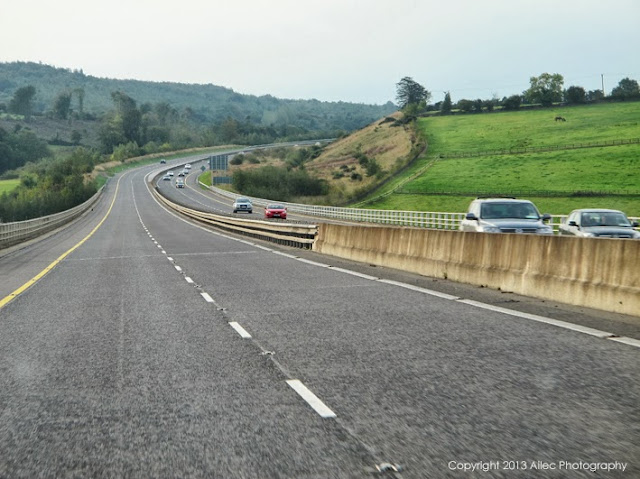 ...all traffic going northbound towards Dublin... 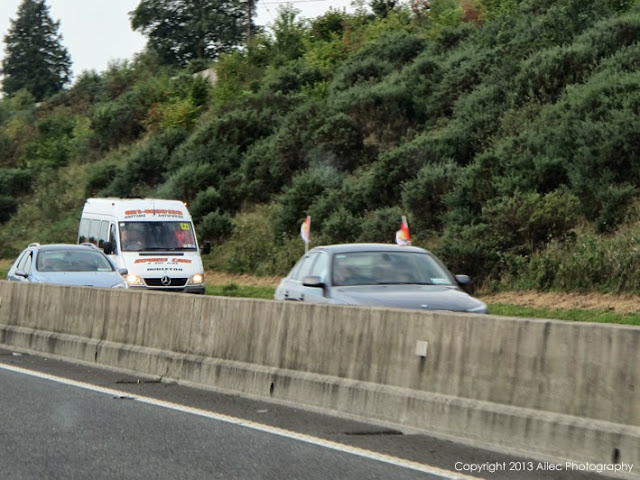 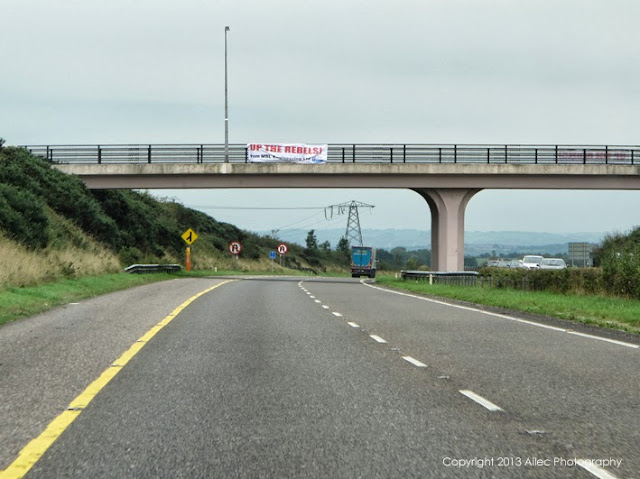 Even the motorway bridges carried support for the rebels (the underdogs for the match)... 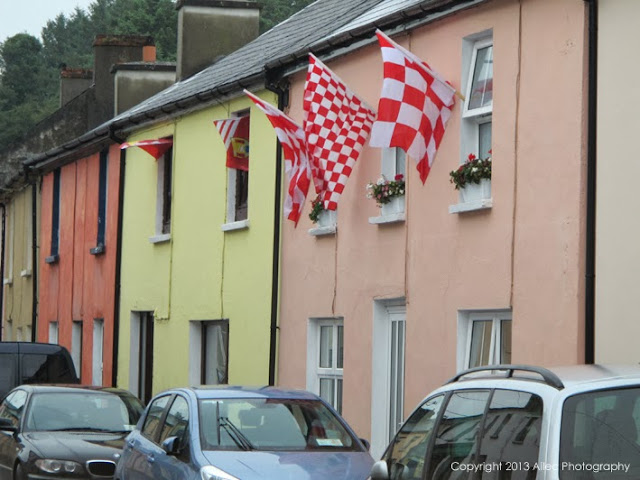 ...and there was undeniable support from the home-owners of West Cork. 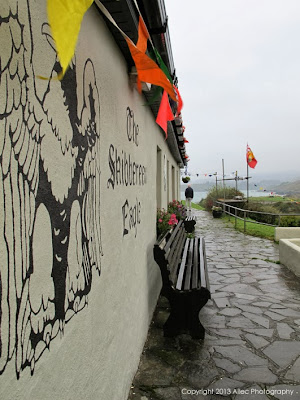 Four and a half hours drive away from sunny Dublin we reached a damp and misty West Cork.
Option two, the local bar, where there would be unilateral support for the rebels for the 5pm throw-in. 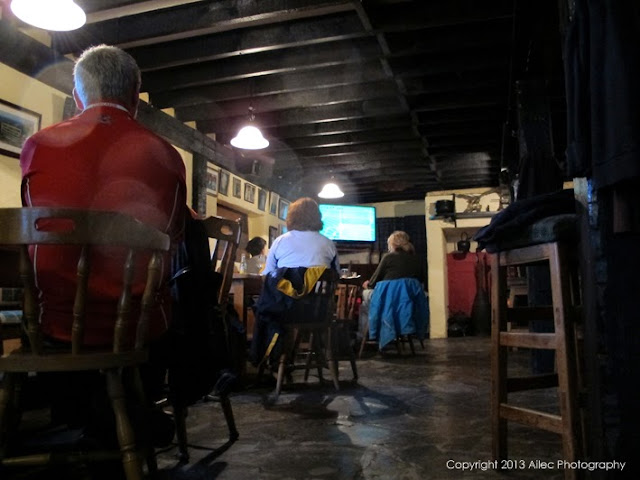 Not quite as full as we thought but there would be better craic here than sitting at home, watching on a small screen. 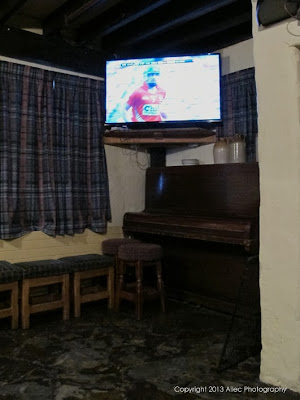 All focus was on one corner as the match got under way, the modern entertainment taking priority over the old entertainment form, and with Co Clare dominating the first half, there was some edge of seat viewing ahead. 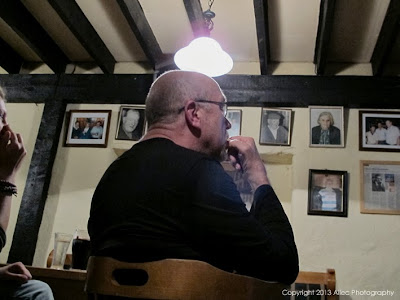 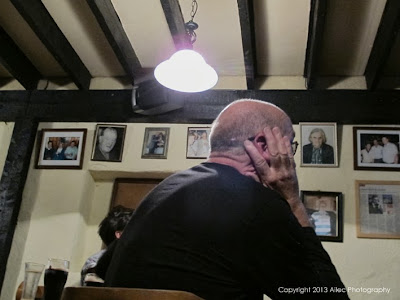 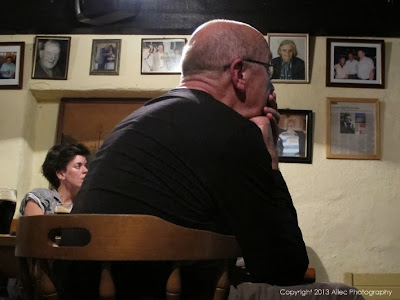 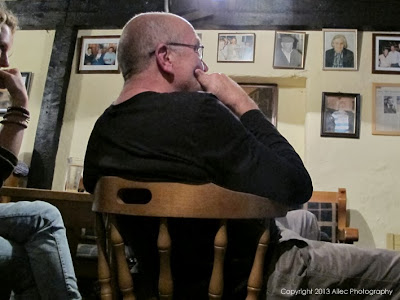 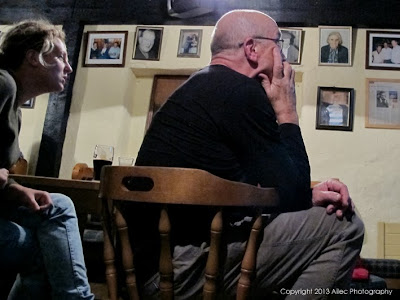 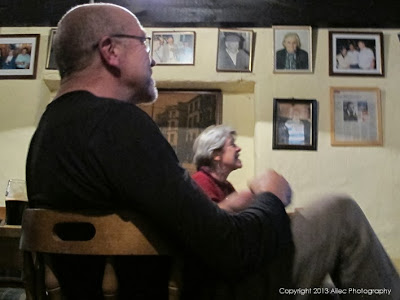 Finally Cork push forward in the second half - there is hope... 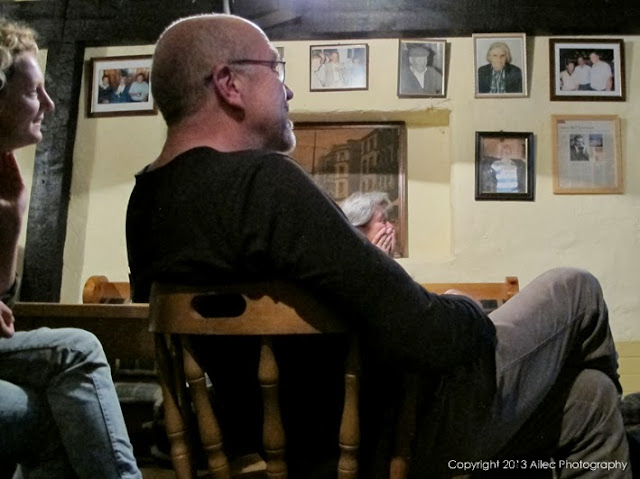 ...as they equalise at 22 points all. The game could go any way. 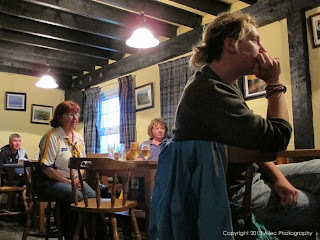 Unfortunately Clare quickly scored again and with only two minutes to go it was to be an anxious end to the match, could Cork pull it out of the bag once again? 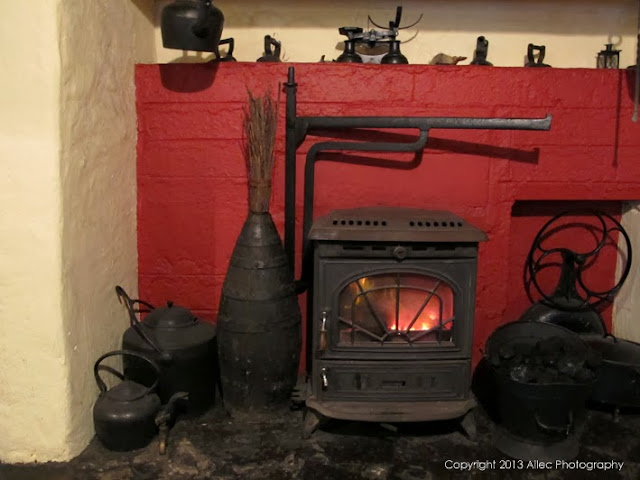 At this point, the only comfort was the roaring fire. 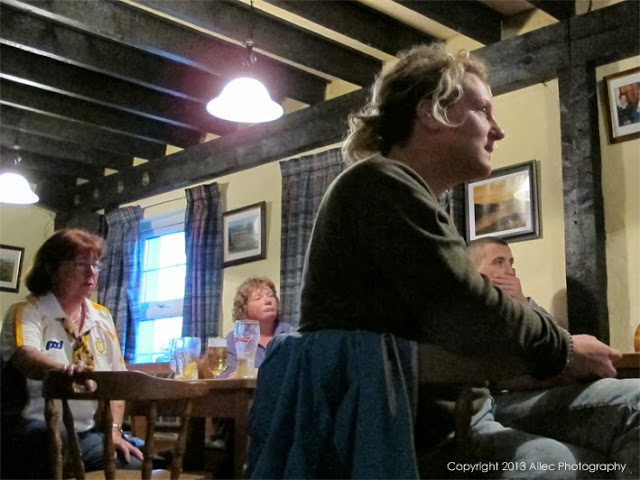 And with a goal that trickled over the line in the final seconds... 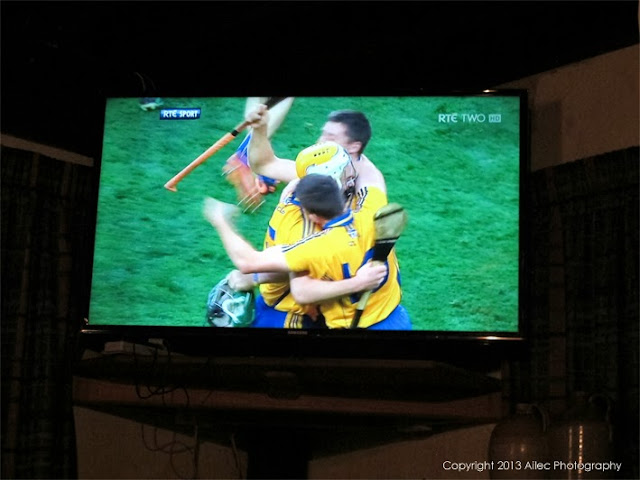 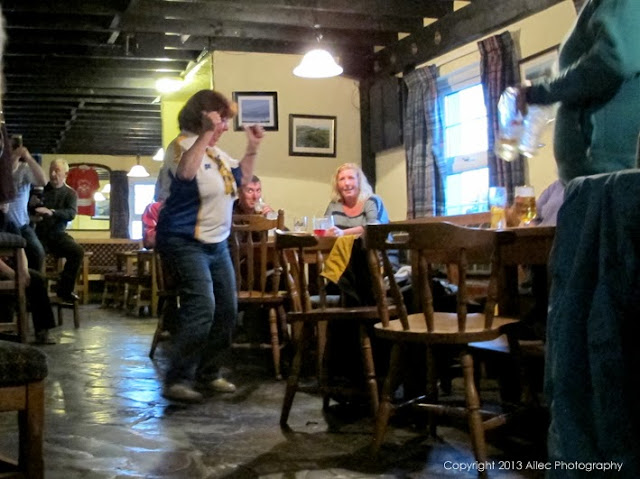 ...and there was just one happy Clare supporter who made herself known to the whole bar.
Unilateral support?! 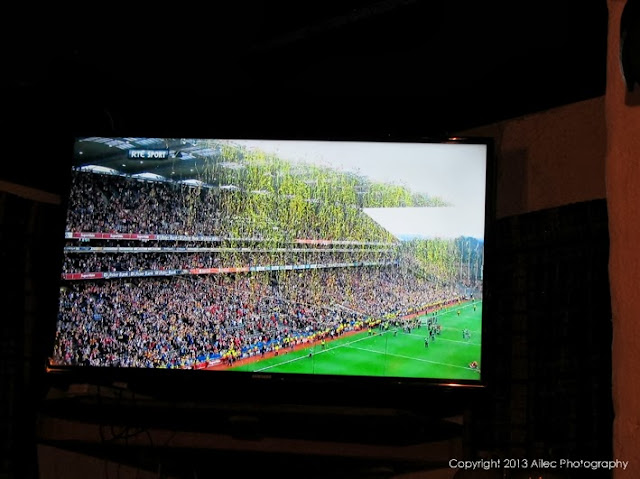 Fair play to Clare, they played well, although it would have been nice to have celebrated a Cork win in a bar in rebel county. 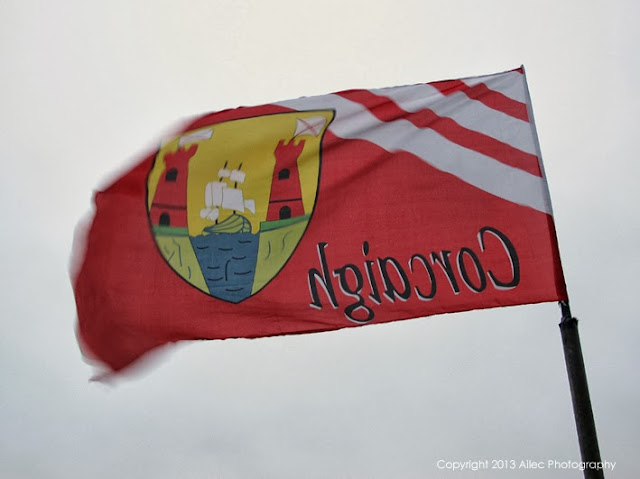 Now it is time for Cork to reflect