The Language of Art 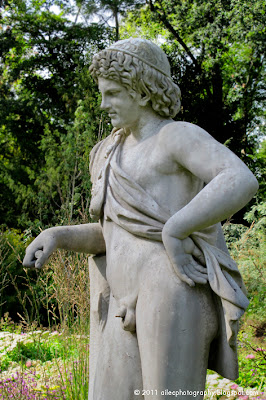 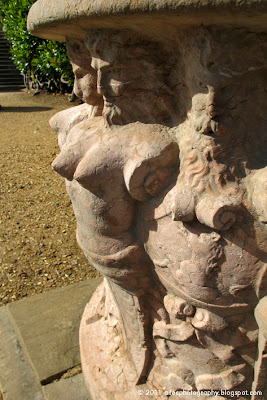 Cliveden House in Buckinghamshire, is famous for being the first meeting place of a young woman and a cabinet minister back in the early 1960s. Those meetings continued and later blew up to become known as the Profumo Affair. So, here is a house with an interesting history and, as I discovered yesterday, an equally interesting array of statuary.

I was fortunate to be able to visit this grand house (now in use as a top class hotel) and enjoy the beautiful gardens in the wonderful Autumn sunshine. During this visit, I was drawn to, amongst other things, the interesting statuary that was on display.
But why be drawn to these particular artefacts?
It occurred to me that, just as our own spoken language has changed over the centuries, so too can the language of art. Where words spoken by our forefathers meant something plain and simple, the same conversation spoken today could have completely different implications. For example, an additional amusing sub-message.

This could be why the two examples shown above were openly viewed with some amusement by more than just myself. The message given to us today by the statue in the first image is very unlikely to be the one intended, when the carefully sculpted form was first presented to an admiring public. Having also clearly suffered some unfortunate damage at sometime in its history, it added a further element of uneasy merriment to the encounter.

The second image, revealing a very bumptious male profile, gives a well-known talent show judge, an ex-prime minister and an irreverent radio DJ, amongst others, reason to breathe a huge sigh of relief regards their own profiles. This is an illustration of a now common subject of 21st century conversation.

So, is the message that, as artists we should be careful with what we do today as tomorrow it might be completely misunderstood?
No, I think we should speak for the moment and let the future generations query the intentions, just as the critical commentators who have gone before, be they accurate or otherwise.

One final word of the poor first chap. I do hope, for his own sake, that it might be the severed half grasped in his hand and it is that which explains the expression!
Posted by Celia at 16.9.11