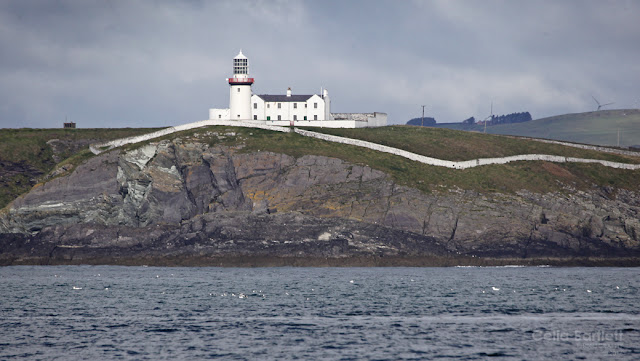 The first window in the weather for a while for a trip out on the Holly Jo was yesterday afternoon, but as I was on the airport run with my West Cork Photography Breaks guests, it was disappointment all round that we couldn't take up a place on the boat. So, this morning I was able to hop on board with the promise I would let my guests have an insight into what they might have experienced. Such is the way of nature and weather, these trips can't unfortunately be guaranteed but here I was now, on a beautiful calm morning, heading out into West Cork waters.

Almost as soon as we turned east out of Castlehaven, there were shouts of 'Blow!' Observers on the cabin roof could see a huge mass of diving birds which in turn showed up the presence of at least two fin whales, which had been seen in a similar area yesterday afternoon. Promising! 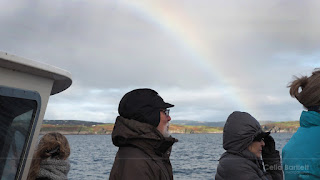 Along the way, we paused briefly for a minke whale but our pot of gold would be to find the fin whale, so we pressed on towards Galley Head. We could still see the the seabird mass ahead of us and as we got closer, it was clear that the speed-merchants of the sea had motored off, leaving the birds to carry on forming a smaller baitball than the dolphins do, and which is just too small to be of interest the fin whales. 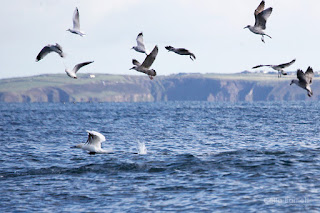 As we turned south through the gulls and gannets, it gave an opportunity to observe the guillemots who were resplendent in their winter plumage 'specatcles'. 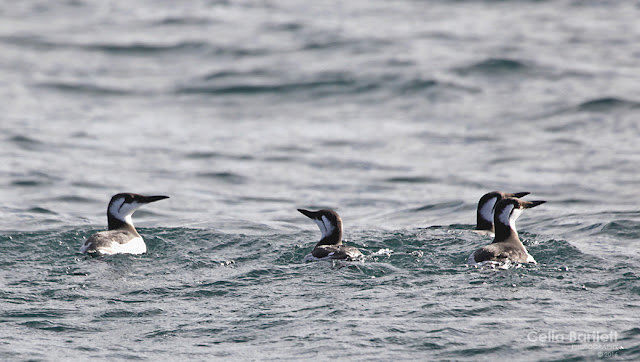 Now the search was on for the fin whales once more but at the speed they travel, they could have been half way to Cork. We turned tack again and headed west and were soon joined by the ever delightful short beaked common dolphins, happy to bow ride. 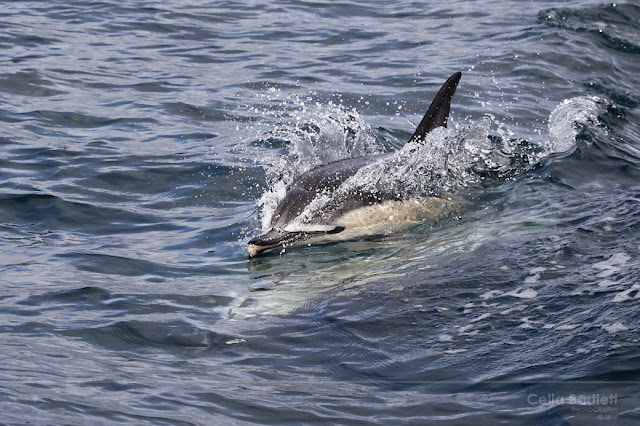 As we were enjoying their antics, a shout came from the observation platform.

"What was that?! It's either a Risso's or an orca with a fin like that!"

We all trained our eyes on the sea ahead. An orca?! Now that would be something, as on the pre-sailing introduction, Colin always points out that we won't be finding orcas.

This seldom seen deep water dolphin was right there in front of us and we all looked out for 'that' fin with a taller and straighter profile which can be mistaken for an orca. 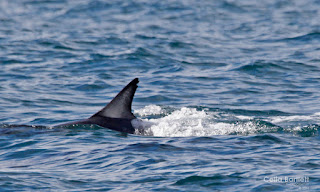 And there it was, not a fin whale today but instead a relative rarity in West Cork cetacean terms, and one that I hadn't yet ticked off my list. I was delighted. Not least because all of this was happening right on my home patch just east of the Stag Rocks. 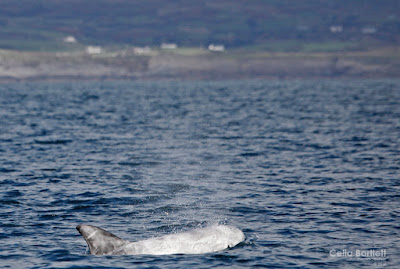 We watched with excitement, and the original thought that there was just a solitary Risso's dolphin got updated to...there may be more than one.
And then... 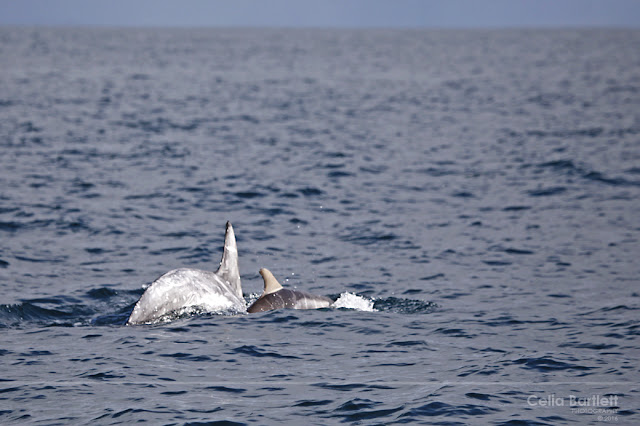 ...there were two - a Risso's mother and her calf.

I will just have to wait until another time to tick off the orca but today, I was truly happy to have watched these rarities swim and breach - several times in the water around us.

Time was up - we had to head back to Reen Pier and just then, Colin got a phone call through

Thanks as always to Colin of Cork Whale Watch