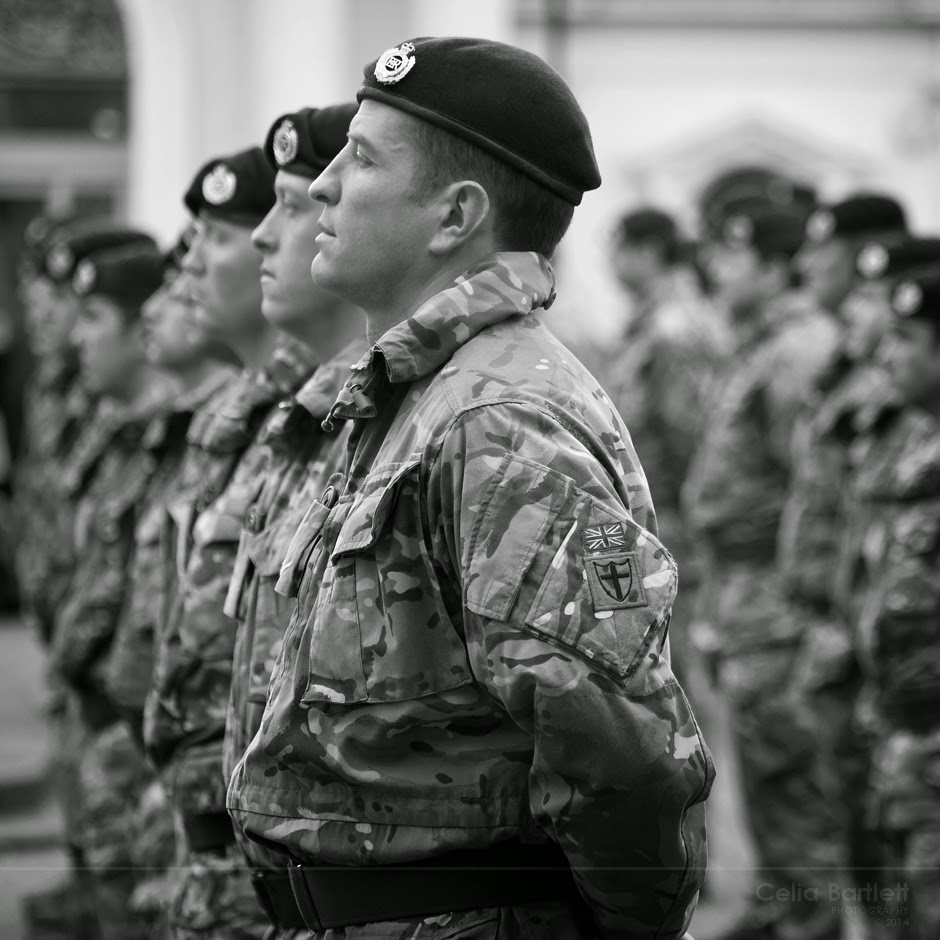 Homecoming parades have become something of a regular feature in the town of Saffron Walden, and today, there was one such parade which heralded the end of an era. The 58 Field Squadron, based at Carver Barracks along with the 33 Regiment, have just completed their final tour of duty in Afghanistan, as all troops are withdrawn from the country. 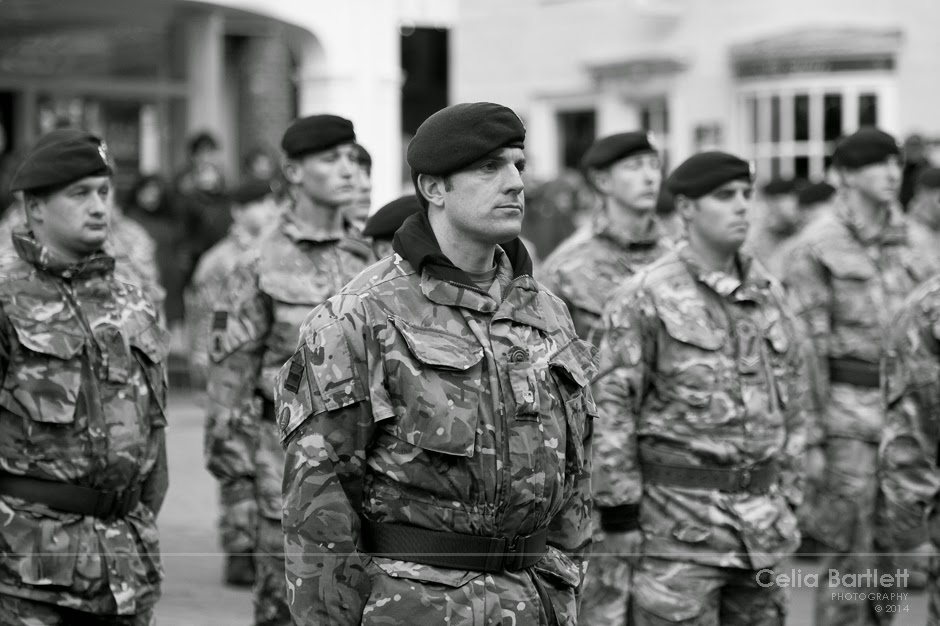 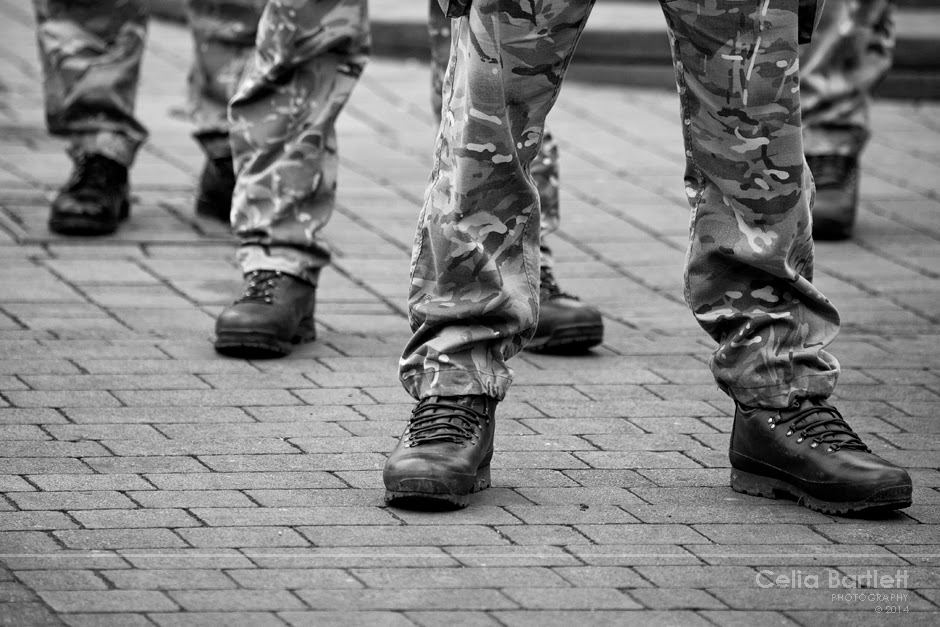 An appreciative crowd had gathered around the market square on a chill and yet thankfully dry December morning. The crowd included the school children of the military families, all keen to welcome the troops back. 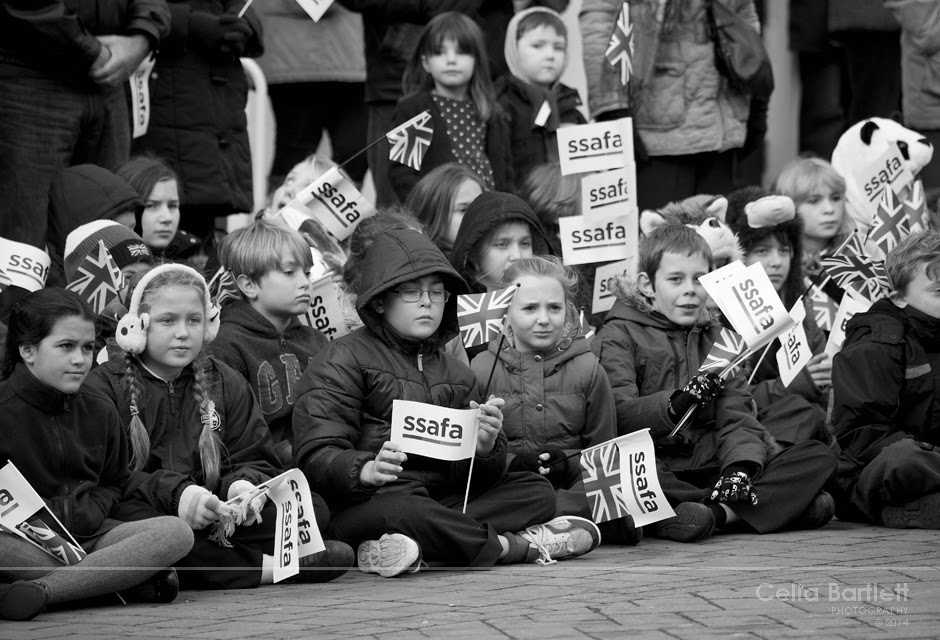 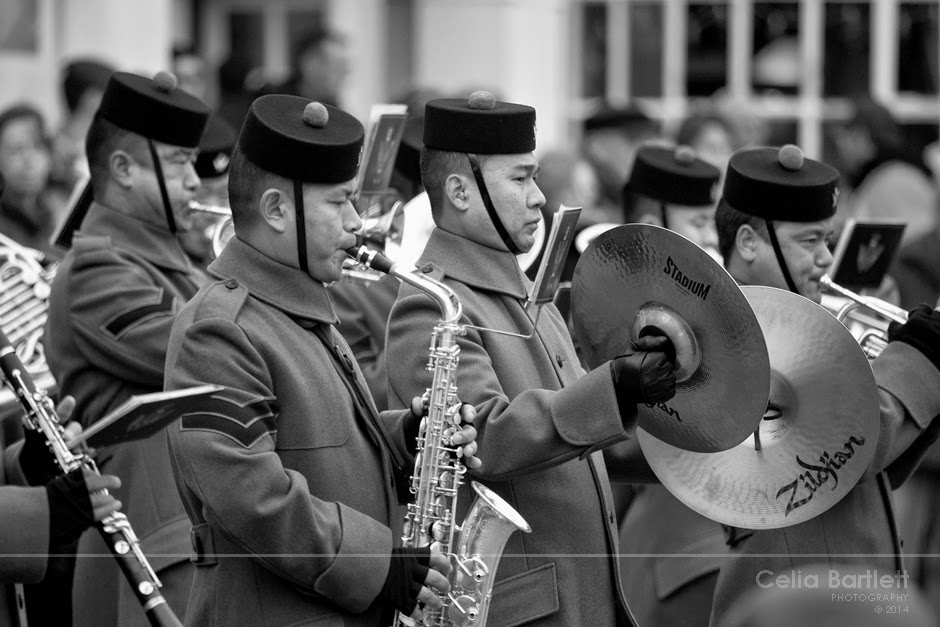 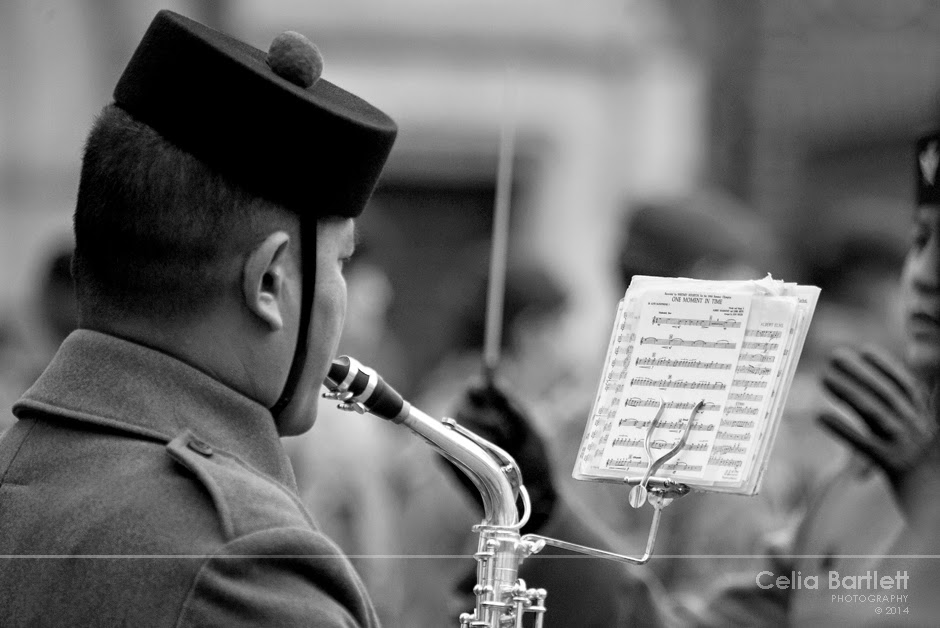 As the Lady Mayor Cllr Sandra Eaden inspected the troops and presented the Operation Herrick medals, the military band of the Gurkhas played 'One Moment in Time' 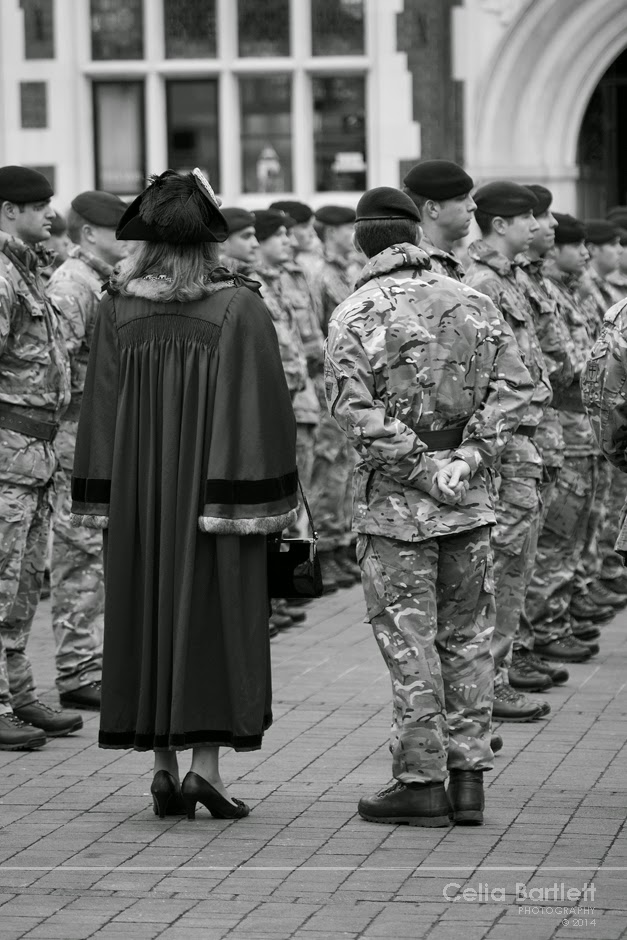 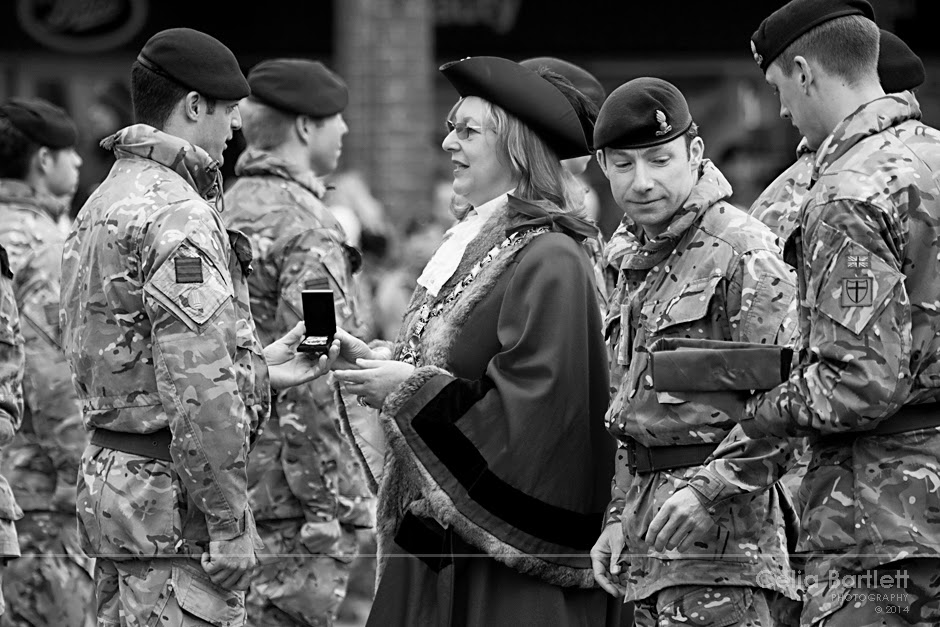 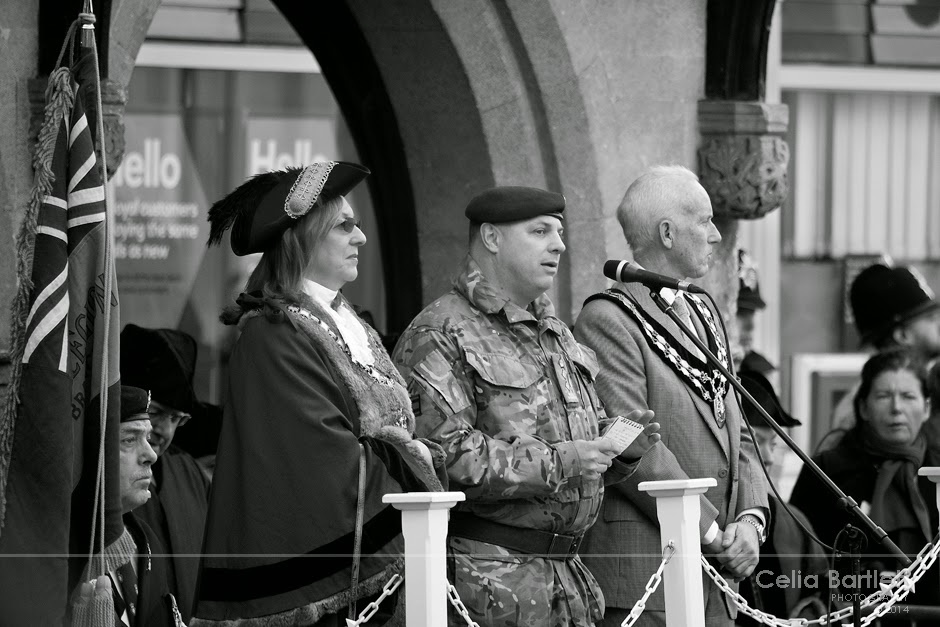 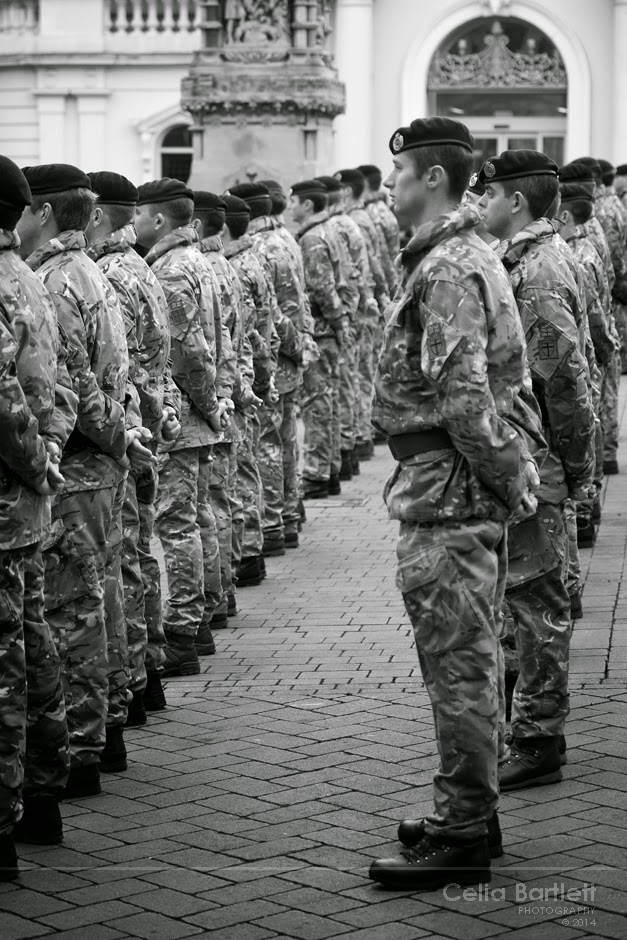 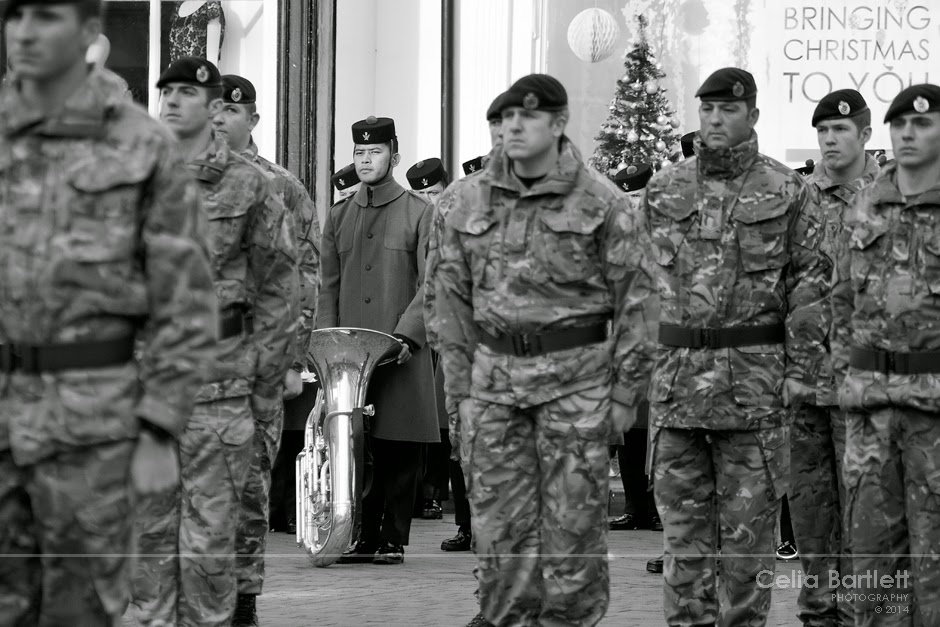 Following an official address of gratitude by Colonel Andrew Howard, deputy commander 8 Engineer Brigade, and a moment of reflection by the Chaplain, the troops marched back out of the market square, no doubt feeling glad to be home with their families in time for Christmas.