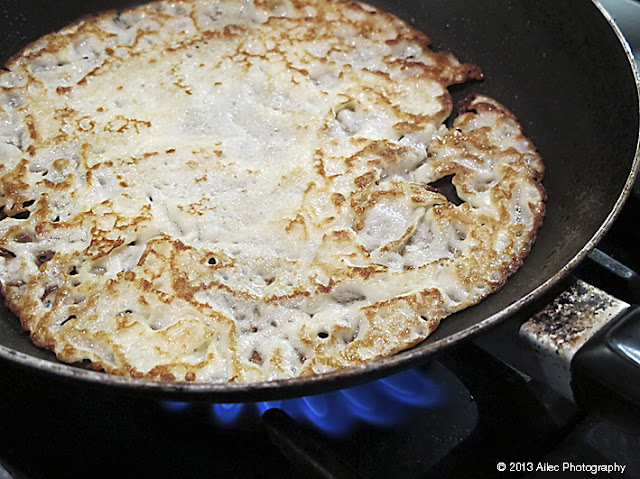 Well, this is a gluten-free success story.

Since needing to follow a gluten-free diet I have had to sacrifice the enjoyment of so many lovely things. However, I'm always pleased to discover that some of my favourite foods come up just as well when using the alternative gluten-free flour. One such food I blogged about at Christmas and now I am going to extol the virtues of another.

Mind you, it wasn't always as such. A couple of years ago I attempted to impress my mum who was visiting, by making pancakes with gluten-free flour.
"They will be just the same" I confidently told her.
I just swapped the usual plain flour for the gluten-free flour, using the same quantity. Simple.

They were an unmitigated disaster!

To this day I just don't know why? Taking ages to appear to cook, they didn't exhibit the usual lovely mottled brown appearance and they were so unbelievably heavy. Was it cooking in a different frying pan? Using a different oil? Cooking on a ceramic hob rather than the gas I'm more familiar with? All I knew was that I was unlikely to try the experiment again.

Until today that is. I could no longer fend off the craving for a plate of rolled pancakes covered in sugar and lemon. In my opinion, THE only way to have them on pancake day. Fancy fillings are for every other day of the year.

Popping onto the Doves Farm website, I found their recipe for pancakes Apart from the type of flour, it was just the same as the recipe I had always used pre-GF.
All reports seem to indicate success and so I decided to give it one more try.

Here is how I got on. 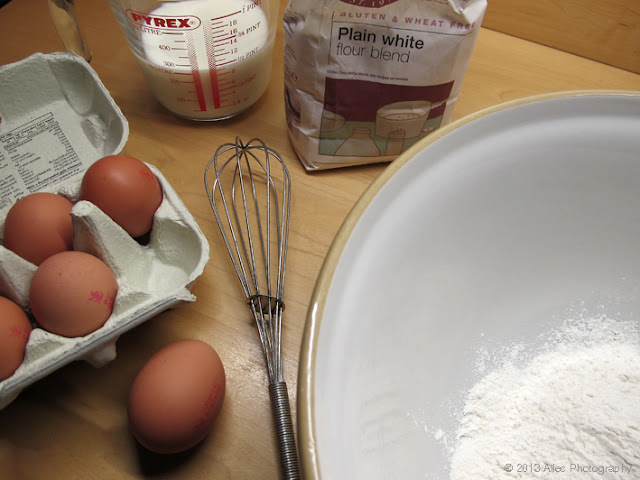 (Today I made half this quantity) 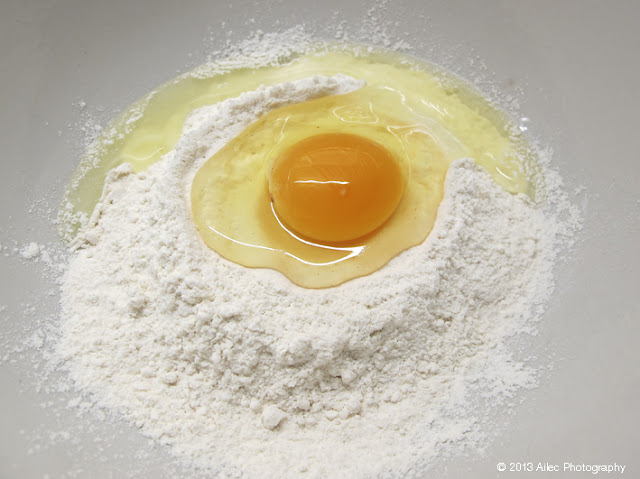 Egg dropped into the flour - just the same. 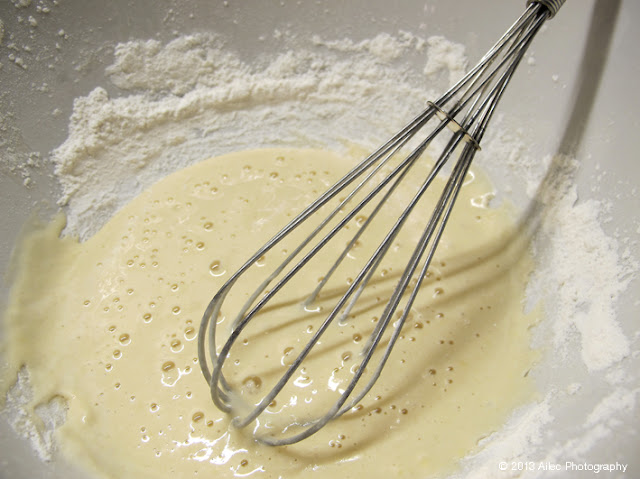 Gradually beat in the milk - just the same. 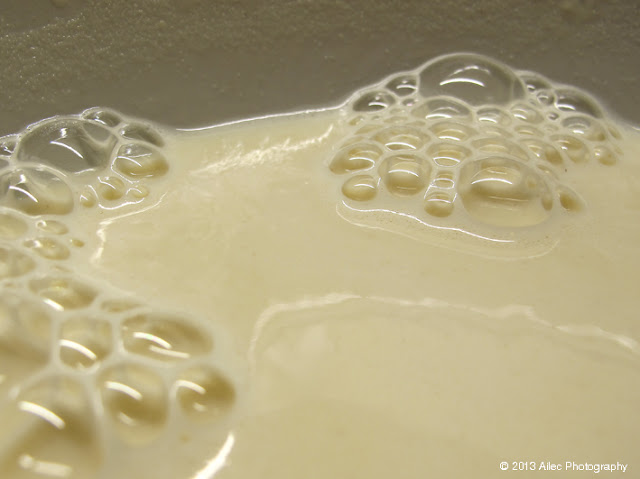 Leave the batter mix to rest for an hour - just the same. 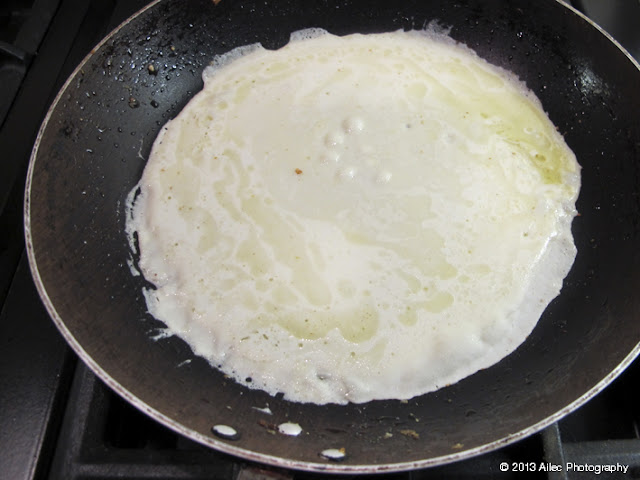 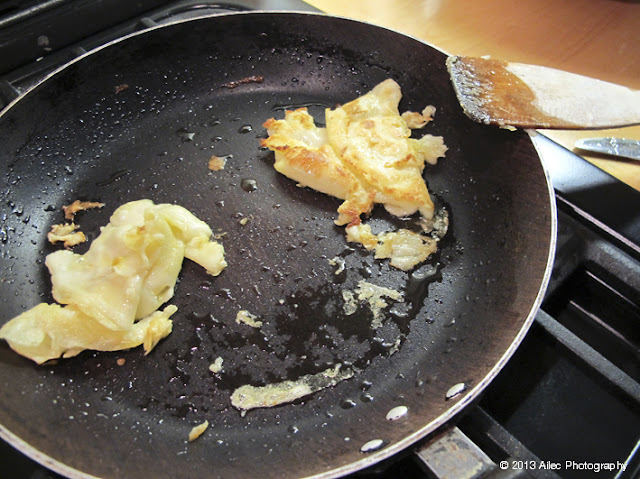 Oh dear!
But then the first one out of the 'unseasoned' pan is often not great - so just the same. 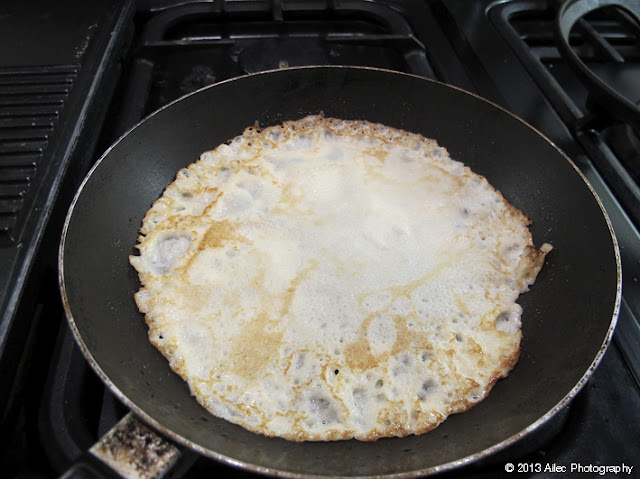 Try again. A different pan, a different gas ring and using good old Trex instead of oil, and... 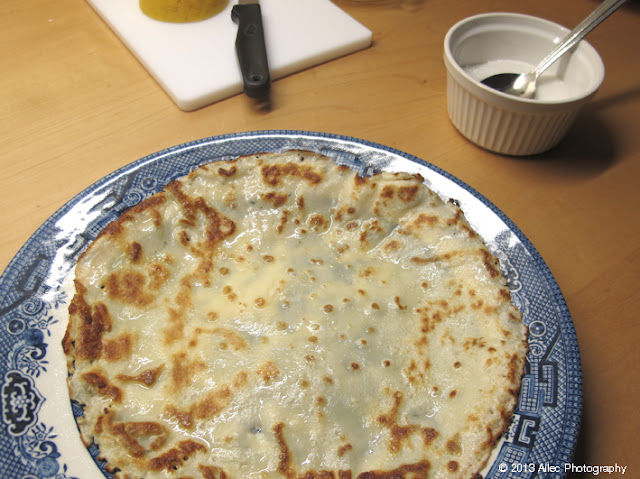 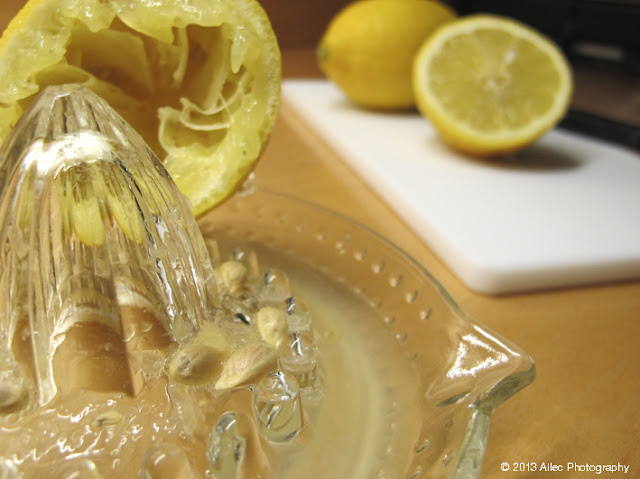 The addition of sugar and lemon to finish off - just the same. 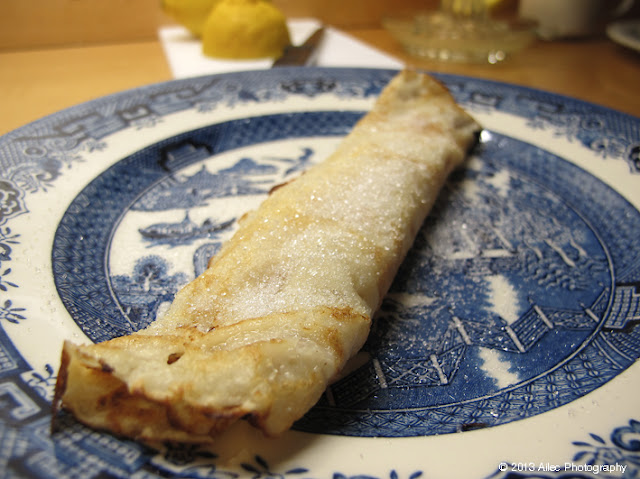 And it was enjoyed - just the same. (Himself couldn't tell the difference)