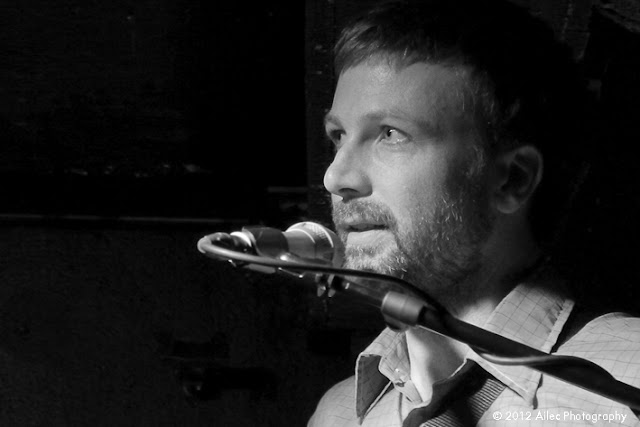 OK, so we already have tickets for Bell X1 at Bush Hall in January, so why fly all the way to Ireland to see them again?

"It's a very special place" said Paul Noonan, as he stood on the friendly little stage of this Irish bar.

I would have to agree, and Bell X1 are certainly a special enough band worth travelling to see, in this very special place.

De Barras in Clonakilty is a unique, intimate music venue, and although sporting the word 'folk' in its title, it actually embraces a far broader cross-section of the music world than you might imagine. When we are around in West Cork, we make a point of trying to get to one of, any variety of gigs at De Barras, and for you regular blog-readers out there, you will already know that I have done a couple of shoots before in their cosy, well worn bar on a Monday night as part of my photo-documentary series on West Cork life. 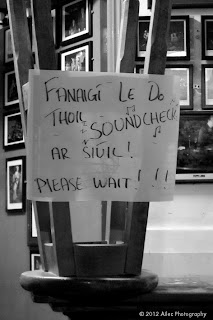 Last Sunday night was a little different however, as tucked away beyond the bar where the trad-sessions are held, is a secret gem of venue. Unlike some of the scruffy, stinking, beer-stained venues that might be found in London, this is an unusual jumble of linked 'rooms' with lovely mis-matched seating and even more eclectic decor. Some spots in the venue provide a clear view of the under-stairs stage, whilst others provide an opportunity to hear, rather than see.

Due to our late arrival, it was a seat in the 'hear' area of the venue that we wound up with when Bell X1 last visited De Barras in November 2010. This time though, we were determined to arrive early enough at the 'doors' so as to pick our spot in this (unusually) all-seated venue.

Snug does not fully describe the seating arrangement but let's just say that the stage was within touching distance this time. Primarily though, I was there to enjoy the acoustic set which Bell X1 were to play. However, this static location would provide a challenge for trying to capture a few shots with my little G12, just for the record (as we all like to). 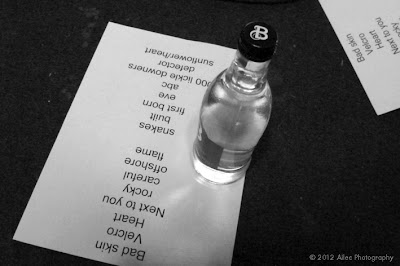 The audience were quietly attentive as the band opened but all too soon, were joining in with their own favourites.
I'll See Your Heart and I'll Raise You Mine had a special connection with De Barras as it was the recording which was made at the gig two years ago, that features on their current live acoustic album Field Recordings

(We were also all made privy to a fact about another De Barras track on the album but, shhh!!!) 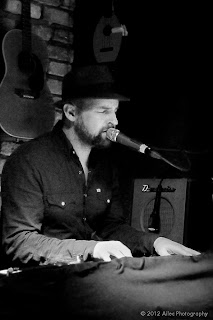 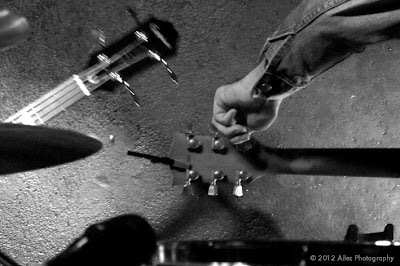 By the second half, everyone was well under Bell X1s spell - how can you fail not to with Paul Noonans smooth voice and songs like Eve, The Apple of My Eye? 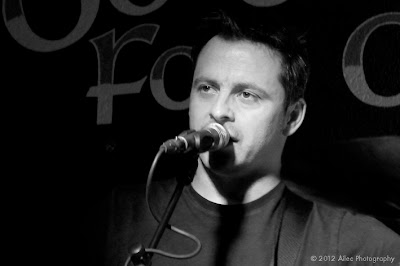 As two years ago, we were also treated to some new songs, which, often in Belly style, pick up on current issues.
1000 Lickle Downers made reference to the unpopular Property Tax recently levied on Irish home owners.

All warmed up nicely from the second half, everyone was just ready for a third... 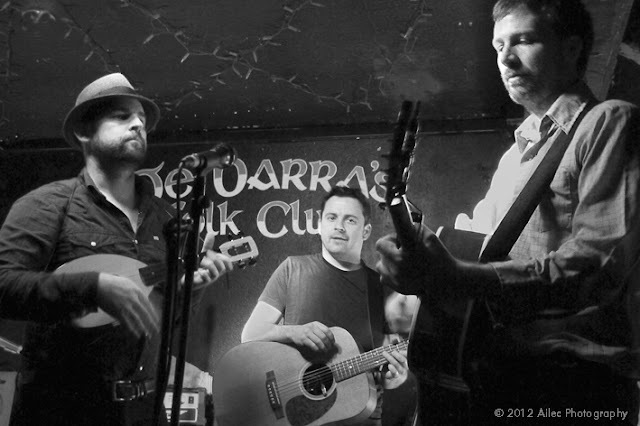 ...but all good things have to come to an end. (Happily though, we can enjoy them all over again in January!)

And, on another note guys, one day you might just return to Cambridge? (Please?)

Thanks for a brilliant evening in Clon - as always!

(Such lovely, normal yet talented guys. Check out their music if you haven't already.)
Posted by Celia at 6.11.12