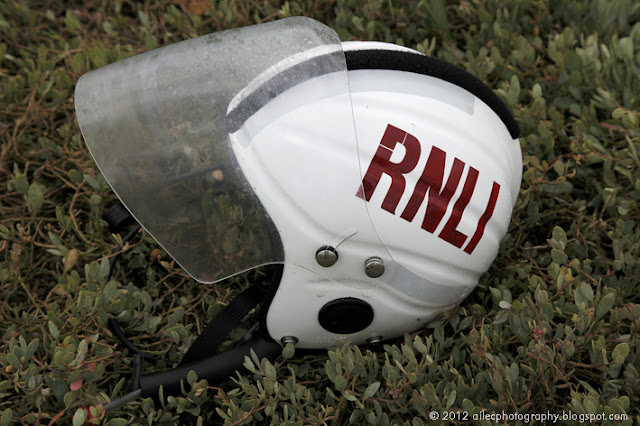 RNLI Southwold "Could I tempt you to come and help with a first aid exercise on 21st June?"
Me "Sounds interesting! In the evening? How can I help- as a casualty or a photographer? I don't want a dip in the drink tho!!
RNLI Southwold "It would be great if you could be a casualty. Maybe we could work some photography into the exercise."

and that is exactly what I did do last Thursday evening.

I have the greatest respect for all of the volunteers in the RNLI (and indeed all emergency and rescue services) but I do take a particular interest in two RNLI stations. One being RNLI Baltimore almost as far south west in Ireland as is possible to go before falling off the end. The other being RNLI Southwold almost as far east as it is possible to go in the UK. So, when this request popped into my messages I was only too keen to offer my help.

The weather for Thursday was forecast not to be too great but it had surprised us during the afternoon so I was ever hopeful that this would be a dry exercise- no rain and no sea water.
When joining the other volunteers up in the control room of the Southwold boathouse, it was obvious from there though that the weather was on the change.
However, there was a task in hand. To be assigned our casualty briefs. 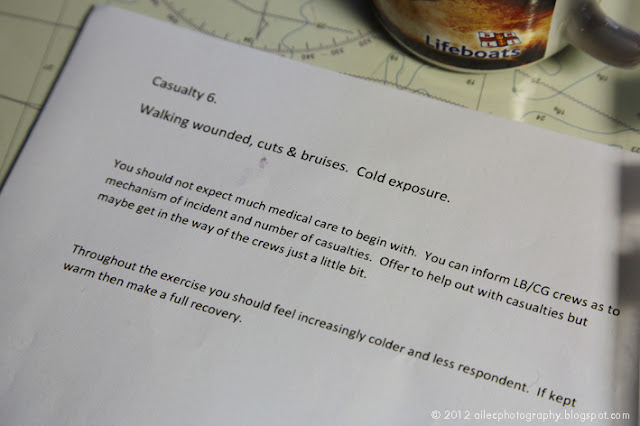 I got off quite lightly with casualty 6! We had casualties with angina developing into cardiac failure, severe facial burns and smoke inhalation, broken nose, suspected fracture to base of skull and a diabetic. My brief conveniently allowed me to play the part of getting in the way with my camera.
As I required minimal make-up for my role, I was able to sit back with a welcome mug of lifeboat tea... 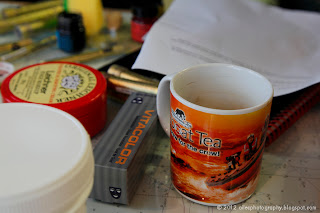 ...whilst other casualties were made to look the part 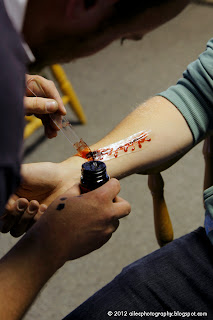 There were due to be two scenarios. A speedboat accident with six casualties (which I was to be involved in), all spread out on the bank of the estuary, up-river of the bailey bridge. The second, a back injury casualty trapped in a confined space in the hold of a fishing boat further back downstream. This meant I would only be able to photograph the action in one location.
Whilst we were occupied in much hilarity with the prosthetics and make up, a flash and a rumble woke us up the the fact that the weather had changed.


For around half an hour, blackness, rain, thunder and lightning dominated the view from the control room and I think that secretly, we were all wondering why we had volunteered. However, we all knew that there was a serious purpose to all of this and indeed, we were delighted to be taking part. Very soon, the wind blew the weather system inland and the view out to sea began to clear. 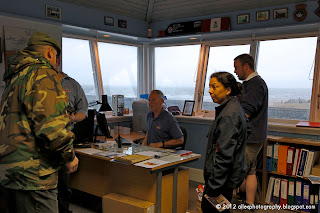 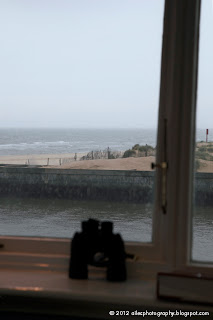 The decision was made to go ahead with
the exercise, out-doors 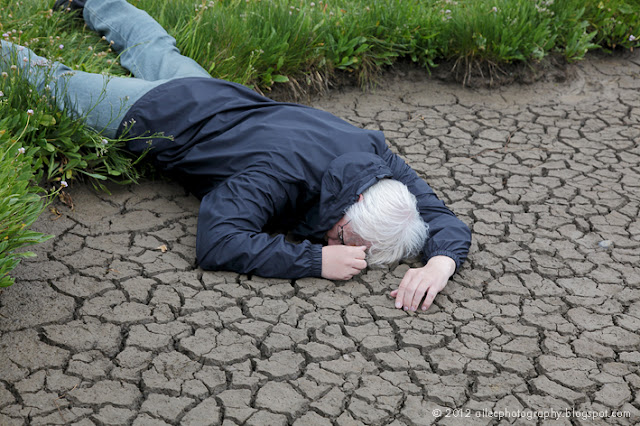 Casualties were strategically placed over an area of bank, the base-of-skull-fracture casualty proving to be very convincing. All that remained was for the lifeboat crew to arrive and begin the exercise. 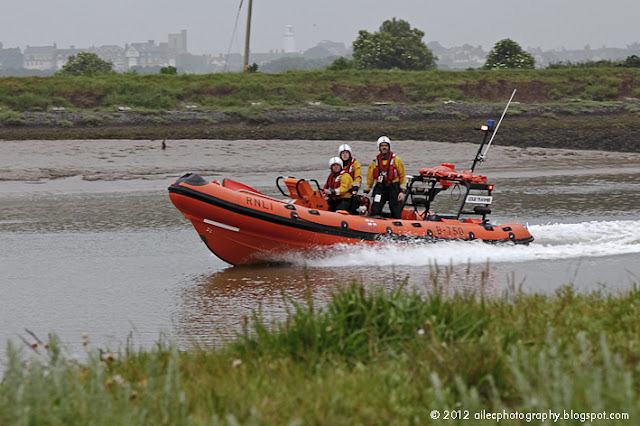 Within minutes the Atlantic 75 class, RNLB Leslie Tranmer arrived, crew assessing ahead of the situation. 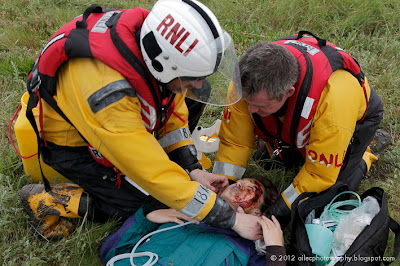 A scramble up the muddy bank and the first casualty (facial burns and smoke inhalation) was quickly located. 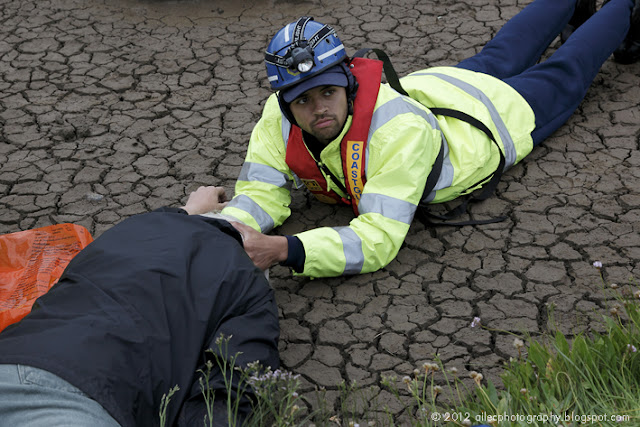 Coastguard reinforcements arrived and took care of the face-down casualty. Meanwhile the angina casualty, having taken a turn for the worse was receiving CPR (via a dummy), and the diabetic was being assessed. The hysterical casualty with the broken nose was taken quietly aside, and I bothered myself around the crews with my camera, even though I was asked to go and sit down too. Eventually I succumbed to hypothermia and observed the last minutes of the exercise through blades of grass whilst I was wrapped in blankets and shrouded in a neoprene hat. Needless to say, I was slightly disappointed when the helicopter evacuation that the lovely RNLI crew had promised me, actually turned out to be the signal for the end of the exercise.
Having been so engrossed in this training exercise, we had failed to notice that the weather had changed and the evening had become quite pleasant and thankfully with not a drop of rain being shed on us. 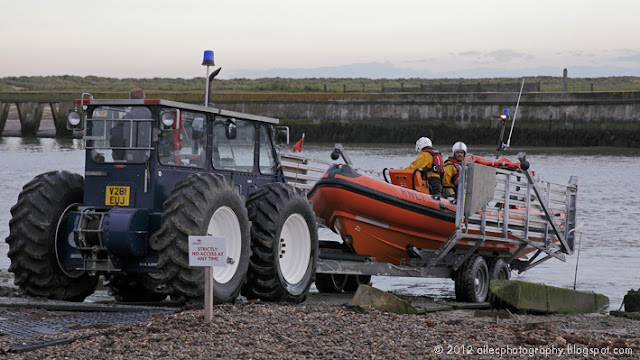 RNLB Leslie Tranmer was returned to the station whilst everyone prepared for the de-brief. 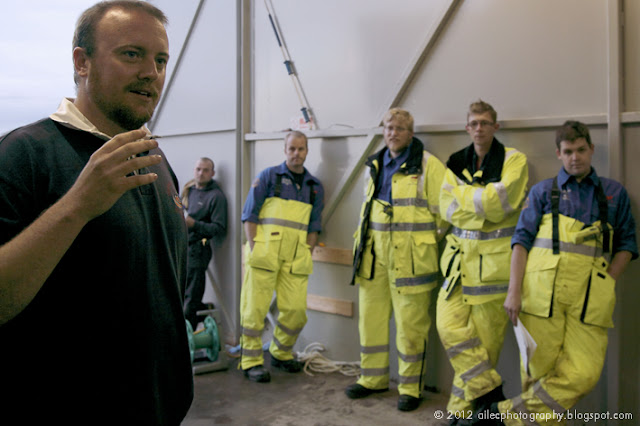 The de-brief is probably as important as the actual exercise. Praise to be given and lessons to be learned, and how pleased I am that I was able to be part of that learning curve on Thursday evening. May this also be an assurance to all of you out there that these amazing crews are constantly keeping their skills sharp. 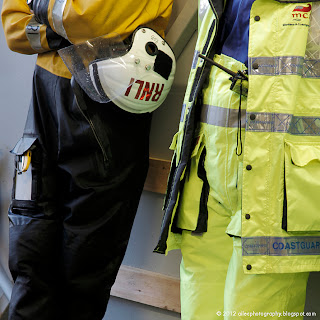 To the wonderful crews of Southwold RNLI and Coastguard who worked side by side, you have my admiration and respect. Thank you for all that you do, and thank you for an interesting, valuable and fun evening.

So, please do consider giving the RNLI your support now.
Who knows when you might need their help?

"Wow! That is a brilliant blog and the photos are superb"
BH -fellow volunteer
(via Twitter)